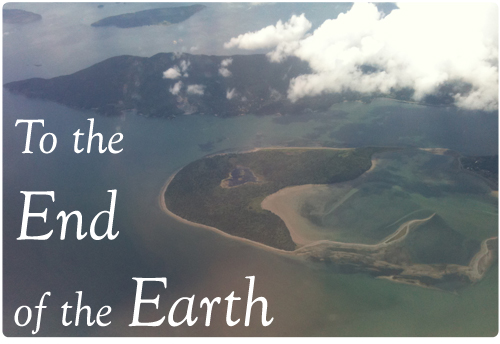 It is no secret that we are huge advocates for travel. There is nothing more enriching, exciting, or educating than bursting outside of your own familiar, cultural bubble and traveling somewhere far outside your country and possibly comfort zone. Summer is one of the best times to travel because most people get a little more time off and it usually means that the weather is going to be nice wherever you go. Even if you’re operating on a busy schedule and/or tight budgets don’t allow for summer travel this year - there is no excuse for not experiencing the cultures of countries far, far away this summer: Books, restaurants, recipes, movies, and of course, perfume will transport you to the desired destination fast and effortlessly! 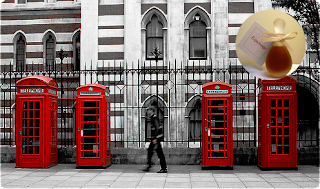 A subtly sexy scent that blends seamlessly with the scent of one’s natural skin, Espionage is a captivating and elusive blend of precious woods, classic florals and edgy leathery notes. With tonka bean, vanilla absolute, cedar wood, and nuances of cigar smoke and leather, you will find yourself transported o a mysterious London bar in the dead of night. 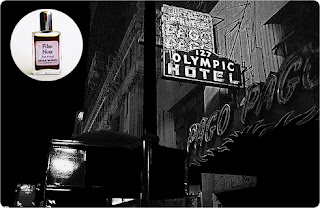 The golden age of Hollywood, the captivating thirties and forties, was a time of drama, intrigue, unadulterated luxury and true mystery – something that seems to be all but lost in today’s over-exposed culture. Film Noir’s decadent cacao, myrrh, and patchouli fragrance will help you channel Greta Garbo and Marlene Dietrich and the effortless power and unapologetic femininity that these femme-fatales conveyed.
Etrog - Destination: Israel 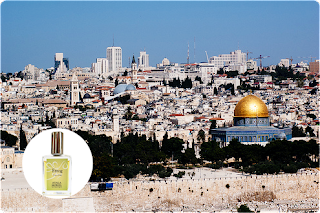 Etrog is the Hebrew name for citrus medica, a truly rare citrus fruit that is prized for it’s delicate floral aroma and flavor. Etrog is one of the four species in Sukkot and symbolizes the heart while representing a whole and complete person, one who has wisdom and knowledge but also compassion and who commits good deeds. This fragrance is composed of ingredients that are reminiscent of Israel such as olive tree resin, opoponax (sweet myrrh), frankincense, petitgrain cedrat (leaves and twigs from the citron tree), and crisp green myrtle. A truly captivating fragrance with rare Mediterranean  ingredients. 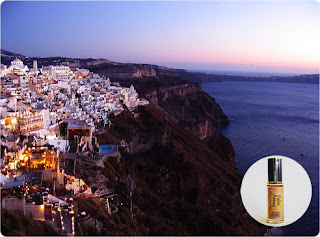 Named after the Greek goddess of Wisdom,  Pales Atena combines spices like cinnamon with a base of patchouli, amber and sandalwood, which sets the warm tone for the fragrance. These warm base notes form a powerful foundation for lavender, sweet orange, vibrant jasmine grandiflorum, and the exotic and rounded flowers of champaca (a tropical golden-coloured magnolia). 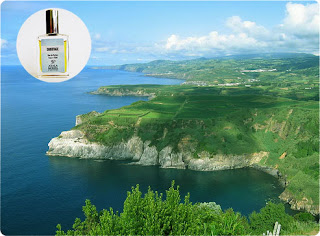 The beauty of the Portuguese islands is incomparable in its tranquility. There is something about the vast azure sea, rolling green hills, and sharp cliffs that have captured my heart since visiting my family there in 2009. The streets lined with hydrangeas and the fragrant aroma of “maracuja” (passionfruit) and sun-baked grass and earth are what I remember most about my summer spent in Sao Miguel and Terceira.  Sabotage’s citrusy notes of orange flower, lemon zest and lemon leaf combine with earthy Haitian vetiver, pimento berry (a spice often used in Portuguese cooking) and pungent green give a little spicy twist to this scent, reminiscent of Portugal’s invigorating coast and islands. 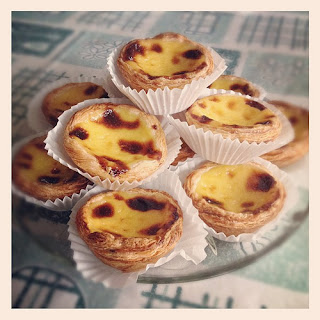 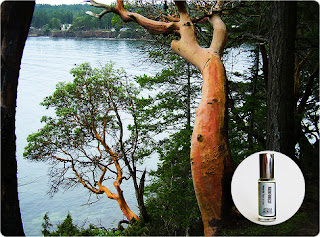 British Columbia is renowned for its breath-taking natural scenery. It’s majestic mountains, calm seas, and abundant forests define B.C as a province and make it a beloved home to its locals and a thrilling and truly stunning destination for travellers. Rainforest is a coniferous, woody, chypre fragrance that encapsulates the fragrance and feeling of walking through the rain-kissed forest, inhaling the damp moss, pine needles and soft wild flowers. Cedar-wood, oakmoss, juniper berry, violet leaf and spruce are some of the notes that compose this refreshing, very west-coast fragrance.
Recipe idea: Fresh Rhubarb Compote
Cabaret – Destination : Caribbean 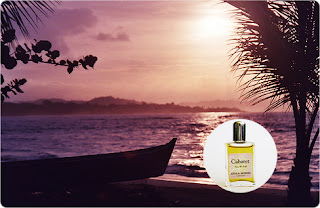 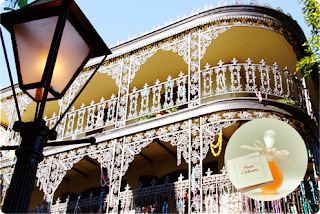 For those who have always dreamt of going to a Mardi Gras but have never gotten the chance to go, New Orleans is afragrance that celebrates the Louisiana coast with oceanic seaweed and ambergris supported by uplifting notes of Meyer lemon, Murcott mandarin, osmanthus, rosemary, vetiver Haiti, tea rose and white magnolia. It’s a fresh soft scent that captures the lively and irrepressible spirit of New Orleans. 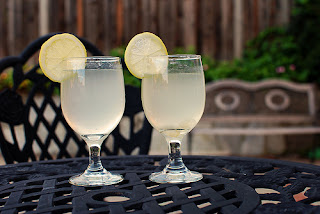 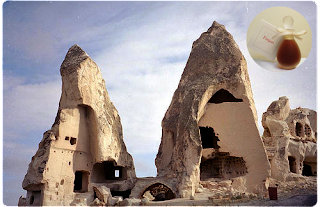 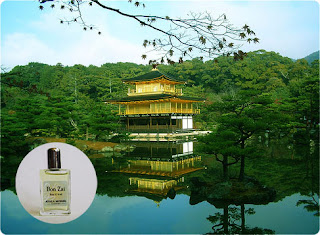 Japan is an island of delicate yet striking natural and historical beauty. Bon Zai, inspired by the art of miniature bonsai trees, captures the tranquility of a Japanese garden with it’s its simple and minimalistic composition of agarwood, juniper berry, lemon verbena, Virginia cedarwood and sandalwood. The fragrance is characterized by shiso (perilla), a an herb often used as a garnish in Japanese cooking and has a striking aroma that transcends seasons.

Whether you are able to physically leave your home city, province, state or country this summer or not, we hope that you enjoy your sensory travels this summer! 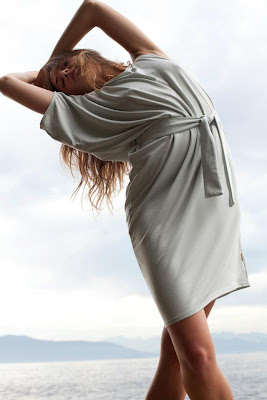 Visit Nicole Bridger's blog to read Eau My Goodness - their rundown of the trio curated for her boutique on 4th Avenue. Nicole Bridger is an uber talented eco-minded Vancouver designer, and I'm very excited to be working with her and her team. Better yet - stroll over to Kitsilano for a visit at her boutique to experience this charming little gem of luxury eco-minded fashion: rich textures, beautiful colours, shapes and flowing designs.
Visit Perfume Pharmer to read about our Bon Zai perfume and new candle coming up - part of the horoscope for April 2nd. The candle will be completed by the end of the month, and is now available for pre-ordering on Ayala Moriel's online boutique. Opposites do not only attract; they are also very similar. The musty, damp, rotting-wood scent of agarwood oil is precisely what makes it clean smelling. It's a strange olfactory paradox that I'm unable to explain.

I've created Bon Zai in 2001 as a custom scent to my ex-husband, who for no reason that I can explain, reminded me of Japanese garden. Bon Zai was meant to be minimalistic, woody and off-beat, like nothing else but at the same time with a sense of tranquility and purpose, harmony and balance like a bon sai tree in a zen garden with cool moss-covered rocks, flowing trails and trickling water; yet at the same time still evoke a very old tree at the top of a cliff.

Bon Zai was one of my very first perfumes and the skeleton for the formula was something that I found in Poucher's book called "Japanese Bouquet". I followed the formula similarly to how I follow recipes from a cookbook: I read it, imagine what it should be like, and try to make it ten times better.

The perfume you have recently experienced is different from the original 2001 creation because of a little transformation it went through just by adding two essences that characterize Japan's olfactory world: shiso and agarwood.

Shiso is a very strange herb that looks like small patchouli leaves (or large mint leaves), with serrated edges. It is one of the most finicky things to cook with, as it reacts very badly to heat: it looses all of its aroma. In Japanese cuisine, green shiso is eaten fresh, as a whole leaf to wrap sashimi, or thinly sliced to garnish cold soba noodles. There is also purple shiso, but that's another story...

What shiso did to the formula was transport the coniferous pine and juniper from the forest into the top of the mountain, where the air is clear and clean, and the forest is so healthy and pure that lichen grows on the wind-swept pines. It adds water and space to the wood, making it feel even more airy and light than it was ever before.

The agarwood adds a very subtle touch: the base otherwise has woody notes of sandalwood, vetiver and antique patchouli. The accent here is on the sandalwood though. Vetiver and patchouli in that particular context and ratio reads "woody" rather than "earth" or "dirt". The agarwood, although sharing some similarities with both sandalwood's precious woods and incense characters, and with the mustiness of vetiver and patchouli, goes all the way to the direction of pure smokeless incense. It's like a sheer veil of incense or the trail that a sandalwood fan leaves in its wake...

I am traveling to France for a business trip, and while posting here might be limited, I would like to assure you all that all orders placed while I'm away are shipped promptly thanks to the help of my friend and assistant-on-demand Tina. She has kindly taken care of my shipping while I was away before, and has done an immaculate job. Tina likes to wear Bon Zai perfume in the roll-on perfume-oil version, and sip Charisma tea while burning an ArbitRary candle.
Back to the top