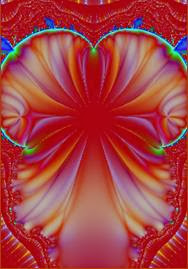 Chez Noir stands out in Coeur d'Esprit perfumes that I've smelled, with it's very retro, animalic-floral smooth bouquet. What makes this perfume particularly unique is the aging process, something that you don't get to smell much in the fast-paced world. Thanks to several years of maturation (I believe this was created in 2007 and left to mature ever since), and the usage of ambergris, the perfume became very smooth, like a homogenous being with a life of its own. There is a seamless transition from one phase to another, which is the mark of a well-aged perfume. This goes to show you that time is everything in the world of perfume. And that's also the magic of animalic notes, in particular ambergris. You may not smell it in the composition, but it has a unique effect of connecting all the elements together beautifully.

Chez Noir (which I suppose means "Among Black" in French) begins with intriguing licorice accord - the traditional anise is paired with green and sweet tarragon, and piquant cardamom, leading into a smooth floral bouquet of rose, jasmine and ylang ylang in which no particular note stands out, but rather all three flowers give the perfume a put-together, cohesive feel. There is something fruity about it, but not as a syrupy fruit salad, but rather reminiscent of the dried fruit (peach, plum, apricot) you'd find when they just discovered the fruity aldehydes (vintage Femme comes to mind). Following the faux-dried-fruit-phase, a nutty, warm phrase emerges from underneath, hinting at the dry-woody base notes, which converses delicately with the licorice and jasmine.

Licorice is the heart and soul of Chez Noir, with sandalwood in an important supporting role. The sandalwood is rich, warm and spicy. Woody with only a slight hint at lumbar dust. The other striking element is patchouli: a beautifully aged one at that, smooth and musky, without the sharp musty edge that traditionally appeals to those who are trying to mask their pot-smoking habits. Last Friday I've learned that pets' "body odour" can vary tremendously. I found it so shocking that I just had to share it here. When a friend stopped by the studio with her two tiny and well-behaved chiwawas. They were the exact same size, one male and one female, and probably were enjoying the same diet of raw dog food. But they did not smell like what I always thought of as "dog smell". One smelled intensely of fish - not like it was eating fish, but almost like it WAS a fish. I was so shocked by this discovery that I just had to wait till Monday to bring it up for our silly Monkey Monday post and see what it will bring up here. The other dog did not smell fishy at all, but still was not what I thought of as a dog smell either.

I often get emails from customers telling me that their favourite smell is their cat's paws. Not being a cat woman myself, perhaps I just don't "get" it - and that's why I think it will be interesting to open a discussion here and hear from you:

1) What your pet smells like (if you have any)?

2) Do you find certain animal smells more pleasant than others?

3) Did you ever notice a difference between two animals of the same species - as if they have body odour just like we do?

Leave a comment and enter to win a miniature of Cassis by Aftelier. In contrast to the ethereal sweetness of Al Mesk Abyad, Al Mesk Aswad is lustful, forceful, dark and heavy, both in colour and in the dense, raw animalic energy it excudes. I got this in the Druze village of Yarka, at Majed’s Perfumery. Yet, although the Majed says this is true musk from the musk deer, I am quite sure there is none there; not just because of the price (20 NIS for 10ml of the pure essence), but also because it smells like an ever dirtier version of Tabu. Dark patchouli, leather and civet rein in this dark oil and a little dab is all you’ll need to anoint yourself king or queen of musk. It might eve surpass Youth Dew in its tenacity and intensity.

Other notes I can detect (besides the patchouli and civet) are camphor and a syrupy concord grape juice, cedar, and the musky-musty fragrance of spikenard and the animalic-powdery subtlety of opoponax. Sweet balsams emerge later on, but the perfume remains forceful and dominant through out its wearing. Use with a light hand is crucial for a thorough enjoyment of this dark elixir. So does a cool to moderate climate.

Al Mesk Aswad is a violent perfume. To say that it is bold would be an understatement. It is the scent extracted from the warrior’s sweat, the cries of the animals escaping from the hunters, the lustful cries of an urged lover... It is as forceful as an army of perfumers set to concur an un-abiding city with scentlar weapons: arrows dipped in thick sticky balsams, rocks smeared with animal maneuver.... Al Mesk Aswad attacks you and if you are not careful it may take over your nostrils.