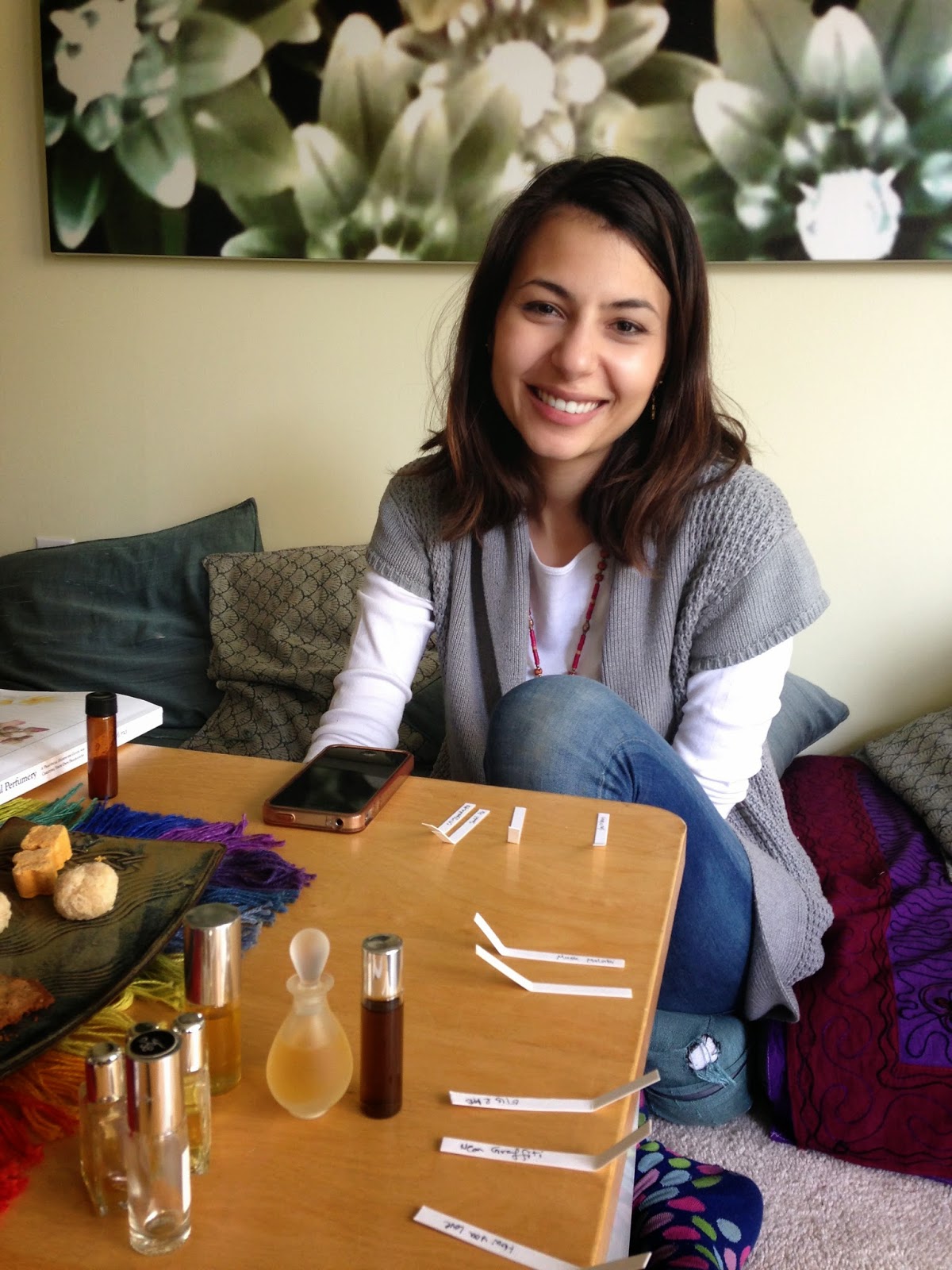 While the connection between the Santur-making careptman and a synesthetic Egyptian princess may seem only apparent to me - the connection between music and perfume is more than random. Emotions, frequencies and the same area of the brain processing both is what make these two mediums so profoundly deep and ineffable. We remember our loved ones not only by their scent, but also the sound of their voice and the music we listen to while with them. That's why we'll often find ourselves hugging an unwashed sweater while listening to old records when our baby is gone for a little trip (and of course both will trigger the waterworks if we end up breaking up).


Fascinating short documentary with composer Stuart Mitchell in Edinburgh, who dedicated the past 10 years of his life to translating the DNA codes of plants into musical frequencies. The film focuses on the code that's responsible for the scent of rose. The code is than arranged for accustic instruments - in this case the composer felt that the scent of rose is most accurately portrayed by the sound of flute.
Thank you to Shelly Waddington for the hint!

In  the 1960's, Duke Ellington recorded The Perfume Suite he's written with Billy Strayhorn. The music was inspired by how perfume affects women's mood and self-perception. As "out there" as some commercial perfume titles may sound, there is a fundamental truth to them. Perfume can make you feel like as powerful as a god/dess, regal as a queen/king, an unleashed animal on the prowl, as naive and playful as a child...

What persona or aspect of yourself has perfume help you to access or unleash? No time to post anything meaningful yesterday or today, as I am getting ready for the open house tonight. But I did find this:

Yetserday night I finally got called from HMV telling me to stop waiting: the CD's of my favourite singer, Aziza Mustafa Zadeh, which I ordered about a year ago, are discontinued and are never going to make it from Germany to Vancouver. If you know where I can find them, please let me know.

Until than, I will be frequenting YouTube I guess. The next one is sang in Azerbaijani I believe.