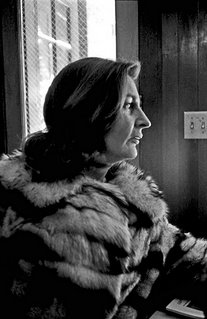 While Tabac Blond is a rebel, with an elegant off-beat premise – Cuir de Russie is an unusual take on luxury and chic.

While the animalic notes in Tabac Blond are abstract and allude to leather bound books and horse-takcs, and set the mood of a desired loneliness, in Cuir de Russie these are present to make a statement of uncompromised luxury and decadent style.

Cuir de Russie, more than other leather scents that I met, really makes me re-think the relationships between luxury, wilderness, death and perfume. The animal essences here are so strongly present, that you can’t help but think of the forests in Russia where wild animals’ lives has been taken away for the sake of their skins and furs. I cannot wear Cuir de Russie without thinking about a fur coat and a furry Russian hat. Maybe it’s because my mind is set on these clichés. Maybe it is because the first time I smelled Cuir de Russie was in one of the most luxurious spaces – the Chanel boutique. Perhaps it’s really the scent doing this, as reeks of luxury quite blatantly.

Wearing Cuir de Russie is like wearing a fur coat. Which is a big statement. It’s going all the way for appearance. It’s telling the world that you are willing to kill for your looks. That you don’t really care about wild life. But it’s also a reminder that once upon a time, before we learned how to make textile and fabricate our clothes, we had to burrow other animal’s skins and furs to survive the cold long winters. In those far-away days, where fur was a question of life-and-death.

When I wear Cuir de Russie, I think of a snow-covered forest in Siberia, where a hunter is just recovering the hunted animal, breathlessly giving away its winter coat which is soon to be traded for rye bread, sausages, vodka, and other Russian necessities of life.

Chanel’s Cuir de Russie reeks of animal essences – primarily castoreum absolute, an essence extracted from the Russian – and Canadian – beavers, after they have been hunted for their furs. There is also civet galore. It’s amazing how furry this perfume is thanks to those essences. But there are other notes as well, and these are what make Cuir de Russie such a masterpiece:
It opens with notes of cade and a resinous, dark myrrh. Than, leathery cassie notes fleet around, like a misty cloud of foggy vapour – airy, powdery, barely visible. Soon enough, we move into a phase of an airy white floral bouquet – jasmine sambac being the most visible of all. Roses undfold later and the perfume turns into a smooth bouquet of notes that are not quite separable from one another, but harmonize to create an overall creamy, smooth leatherness. There are sweet resins and balsams (namely benzoin and labdanum), a subtle, sexy musk, and a most definite note of castoreum paired with civet. Hours later, I smell a familiar oakmoss dry down, but it is very subdued.

*Image of a Woman in a Fur Coat by Nick DeWolf dated December 8th 1970, courtesy of dboo
**I chose this picture because it is elegant, yet it seems the woman really needs the warmth of the coat...
Back to the top