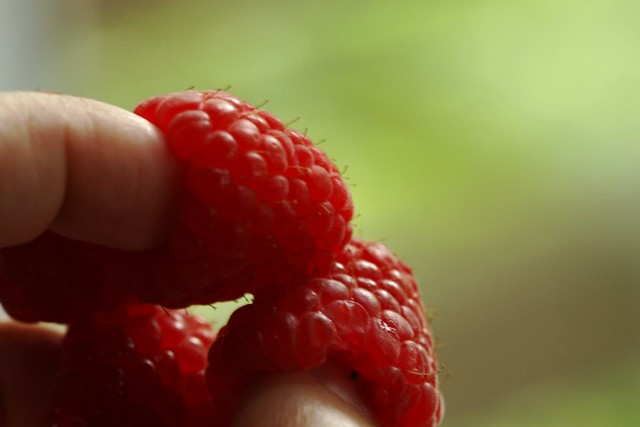 A significant part of preparing for my trans-atlantic move involves sifting through my countless of bottley possessions. While there has been some reported sightings of letting go, it hasn't made even the slightest dent in the number of glassware filled with precious liquid that I'm going to have to meticulously wrap and prepare for marine freight.

But what has happened was rediscovering of certain scents, and realizing that even though I rarely wear them - they're too special to let go of. Such is Yohji, in its clear "glass coffin" box, whose packaging alone inspires curiosity. By the way, its original wrapping also included being neatly rolled in parchment paper.

Yohji is singular in its execution of the ambreine theme, and turning it into a fully-fledged gourmand  - with a twist. Ambreine is the basis of many great oriental fragrances, and is based on the contrast of vanillin and bergamot, traditionally with rose and jasmine as harmonizers and  a touch of coumarin and patchouli for depth (for reference: this is the core of perfumes such as Shalimar, Emeraude, et al, and the modernized with the gourmand interpretations of fragrances such as Angel, Lolita Lempicka and Prada Ambre Intense Pour Homme).

Yohji intensifies this simple pleasure by utilizing the striking sharp green of galbanum that adds a much needed interest to the bergamot facet, as well galbanum resin at the base, which has a decidedly balsamic quality that adds interest to the sugary vanillin. But rather than having rose and jasmine connect these two extremes of balsamic and citrus - the perfumer nestled ripe, syrupy berries in the midst. Namely, raspberries and blackberries.

While the structure of Yohji is very much like that of Angel and Lolita Lempicka, it leaves a memorable mark on the smeller and stands apart from other modern gourmands. Additionally, while it does bring to mind the historic contrast of galbanum and raspberry found in the classic green floral from the 70s, Ivoire, it still comes across as strikingly different, in its decidedly unfloral core and lack of interest in obeying any trends or fitting any expectations whatsoever. It's also unclassified gender-wise - and there is no reason for men not to wear it, despite the lack of the subtitle "Homme".

My memories of Yohji were a bit of mixed feelings - first of all, because of its intensity, which to begin with made me wear it scarcely. Although it's not quite as aggressive as Angel, it is pretty close. Additionally, many falls ago,  when I just "met" Yohji (I've had a purse-size spray received in a swap), was when my doughter was recovering from a summer accident that broke her leg. It was a time of overwhelmingly intense transitions and challenges, and I found the scent to bring just the right amount of confidence and a great complement to brisk cold busy workweek mornings with too many tasks to catch up with and made me feel just a tad braver than before applying it. But that also tends to translate to not being able to wear it again after, simply because of the strong emotional association. Now that many years have passed without me touching it, and when I'm again facing a big life change, I find it to be oddly comforting. Only now I truly embrace its audacity and can appreciate its structure better. The opening, which can be experienced as harsh (there is more than a little acetone-like note going on there), does not bother me anymore, and I absolutely adore the dry down which reminds me of an almond and raspberry torte.

P.s. This review is for the 1996 version of Yohji. It was re-launched in 2013 and I have not tried the new version - therefore unable to comment on it at this time. If you've tried it - I would like to hear from you if it's worth a sniff. Perhaps it is the berry aspect that I'm sentimental about, and maybe that is the berry perfume I've been looking for all summer?
Back to the top