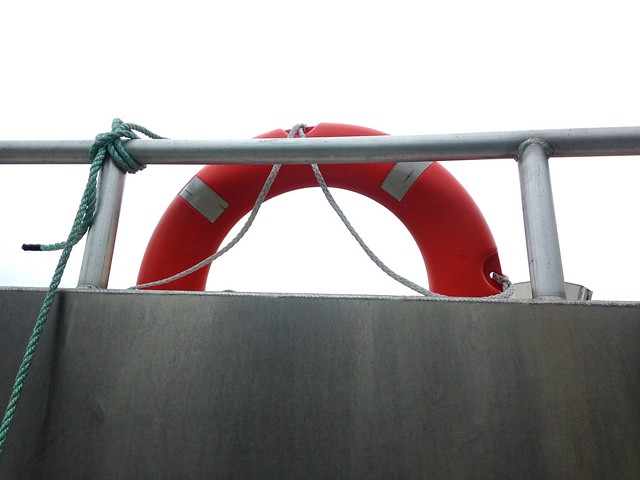 Even though most people don't think of water as having a scent - the most favourite nature smells among my clients are that of rain and ocean. This is based on a 15 year long ongoing voluntary data that customers provide me about their fragrance preferences.

I can't imagine what it would be like in summer without the wonderful beaches, lakes and streams. Even summer rains are welcome in my world, as they make the season feel more precious and allows us to continue enjoying greenery and worrying less about forest fires and dreadful droughts. Therefore I'd like to dedicate August's newsletter to water-inspired scents.

There's saline water and freshwater. In a similar manner, water-inspired fragrances can be divided into two: Aquatic and marine. Aquatic perfumes are usually ethereal, light and inspired by water gardens and flowers such as waterlily, lotus and iris and the wet-woods watery quality of cassie as well as the cucumber-like personality of mimosa and violet leaf absolutes. Marine fragrances tend to be more masculine (usually they're a sub-genre of Fougère) and include mineral notes that allude to salt such as ambergris, seaweed, oakmoss and vetiver - and even notes that suggests savouriness, such as parsley, dill, celery and angelica.

Bon Zai is perhaps the first aquatic perfume I've created, and the only one that has absolutely no saltiness to it. I often suggest it to clients who like the smell of rain, because it has the same freshness and crisp qualities the air has when it rains. It's a quite, non-dramatic, peaceful scent. Think about gentle West Coast rain in a Zen garden - no thunder or lightning, only soft rain on pine needles.

Since 2009, with the launch of Hanami, water has been a recurring thread in my perfume creations.  And as you will soon see, I often combine the qualities of freshwater and saline water in the same composition - which gives it a rather sheer quality and a compelling lightness. Although on and of themselves, cherry blossoms are particularly watery - Hanami plays on the theme of wet wood, after spring rain, and that scent mingling with that of cherry blossom and the urban surrounding: metal, wet pavement, and the commotion in and out of the underground train station. The scent is abstract, yet compelling. And for those who are familiar with sakuramochi and brine-preserved sakura and sakura tea - there is also a savoury connotation that balances the otherwise cloying sweetness of the flowers involved, and which makes Hanami perfume even more intriguing.

l'Écume des Jours (2004) was my first watery creation. Inspired by the perfect symmetry and profound beauty portrayed in Boris Vian's most praised novel by the same name. Cheerful Pianola top notes of cassis and freesia lead to Chloe’s deadly Lung Water Lilly. The melancholy base of green moss and watery marine seaweed reflects the tragic conclusion of the tale. l'Écume des Jours is a strange perfume of unusual harmony that inspires appreciation for the simple beauty that is found in all things – especially the Jazz of New Orleans...

And speaking of New Orleans: I also created a perfume that invokes the haunting scents of the Louisiana wetlands with salty seaweed and oakmoss underscoring heady flowers of magnolia, osmanthus, orange blossom and tea rose. There is also Meyer lemon and rosemary that truly cut through the sweetness and add a savoury touch that echoes the salt notes. For a scent so rich with florals, it is surprisingly refreshing, light and easy to wear.

Orcas, the first natural Fougère-Marine fragrance that was nominated for the 2012 Indie FiFi Awards,  now celebrates its 5th year anniversary. Inspired by the breathtaking scenery of the Wild Pacific Trail, a place where ocean meets forest and whales blow and sing above the stormy weather. Orcas perfume is an innovative all-natural marine woody, a unique combination of scents from sea and seashore. Brisk and pungent citrus and herbaceous notes suggest ocean breeze and tea-like clarity, and an array of oceanic treasures such as seaweed and ambergris meet seashore and rainforest notes.

My newest perfume, Lost Lagoon is a Chypre with s a powdery-sweet softness from the juxtaposition of amber, orris and magnolia that balances the bite of galbanum, rhododendron leaf and lemon. It is not aquatic per se, but it was inspired by the dreamy Rhododendron Garden that trails along Lost Lagoon. Again, we find a place where the freshwater is very close to the ocean, and this reflects in the perfume as well. The oakmoss contributes the saltiness, but the flowers are luscious and has a watery air to them - the crispness of violet leaf and iris being the main contributors to that effect.

The last bit of cliché I'd like to tackle is that of beach scents. This popular sub-category of Florientals (or Floral Ambery) tends to be fruity, sometimes even cloyingly sweet, and smells very artificial. It is a strange category because it takes after the scents of ancillary products - namely suntan lotion, suntan oil and sunscreen products. These are usually rather chemical concoctions of white flowers and fruit esters over synthetic musks and amber bases, and sometimes even a bit of aquatic smelling compounds. If you love beach, this would smell fantastic to you; but even if you do - too much of a good thing can get a little overwhelming, or boring at best.

What I tried to do with Sunset Beach, is create a perfume that is neither watery nor marine in character, but rather works with the tropical materials in a more authentic way. To start with, the inspiration is driftwood and the fragrant flowers that might bloom near the beach. So it's entered around sandalwood from both Hawaii and India. I've used massoia CO2 as well as handcrafted tinctures of milky oolong tea and pandanus leaf to intensify the milky quality that is sadly lacking in most modern sandalwood oils. And I've used champaca CO2 for its fruity, spicy and incense-like qualities that I find irresistible, and ylang ylang for its fruity esters and creamy-coconutty qualities. Whenever I wear it I feel like I'm on vacation, and I hope you do too.

In the same way that Hanami contrasts urban and natural elements, my upcoming perfume Coal Harbour juxtaposes the smells that co-exists in my oceanside city's harbour: the salty-animatic notes of seaweed and marine animals at low tide with the rank of jet fuel from the aquaplanes. This disturbing contrast (both smells are quite intense, and together they can be very unpleasant, especially when locked up in a bottle!). To soften this blow, I've added notes of fresh cut grass that wafts off Harbour Green Park, as well as pleasant-smelling local tree blossoms, namely linden, elderflowers and balsam poplar buds.