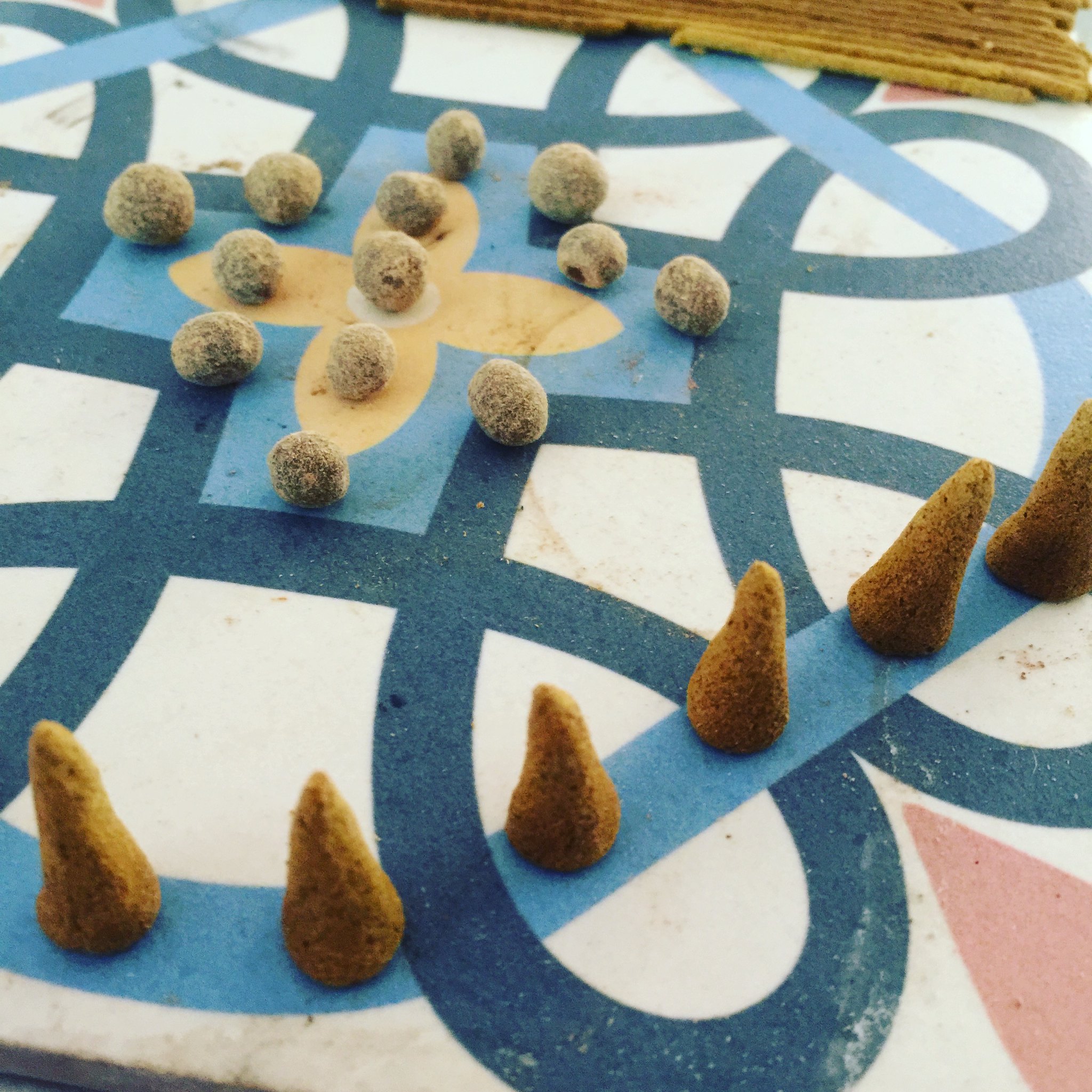 I ran out of my Ras El Hanout mixture (which I always make myself, using very peculiar spices from my overflowing spice rack). You can see some of them in the images below (how many of them can you guess?). 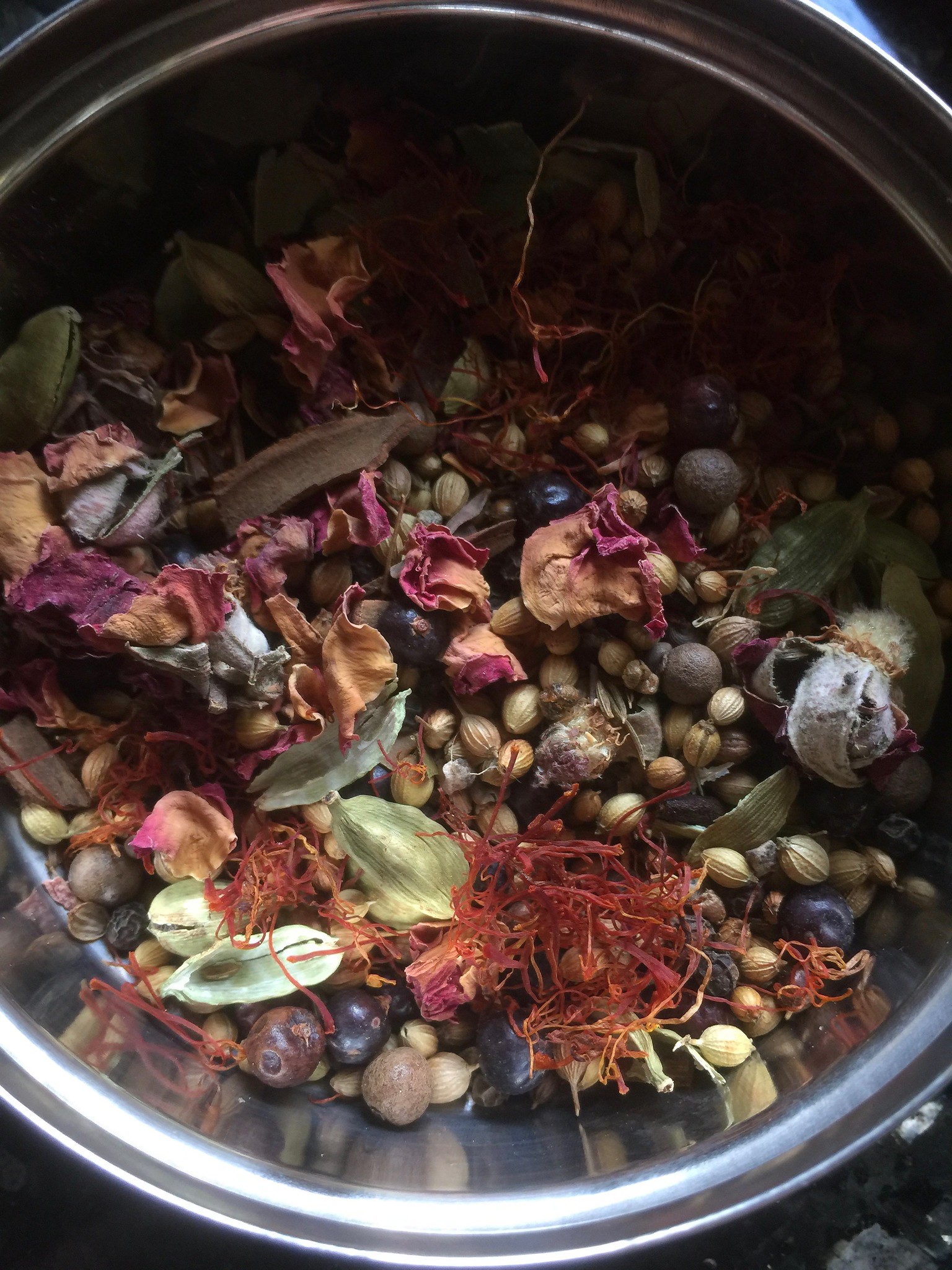 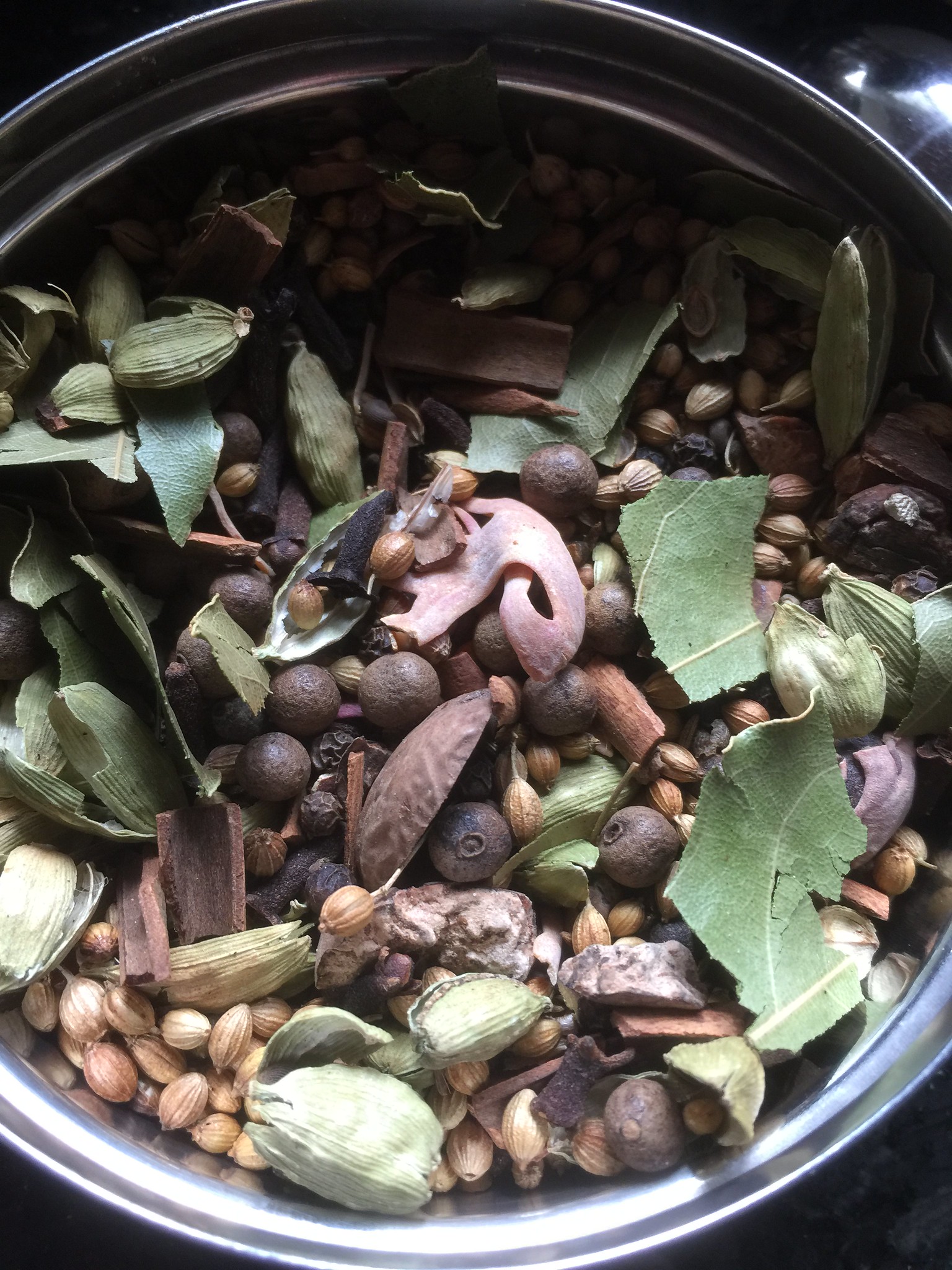 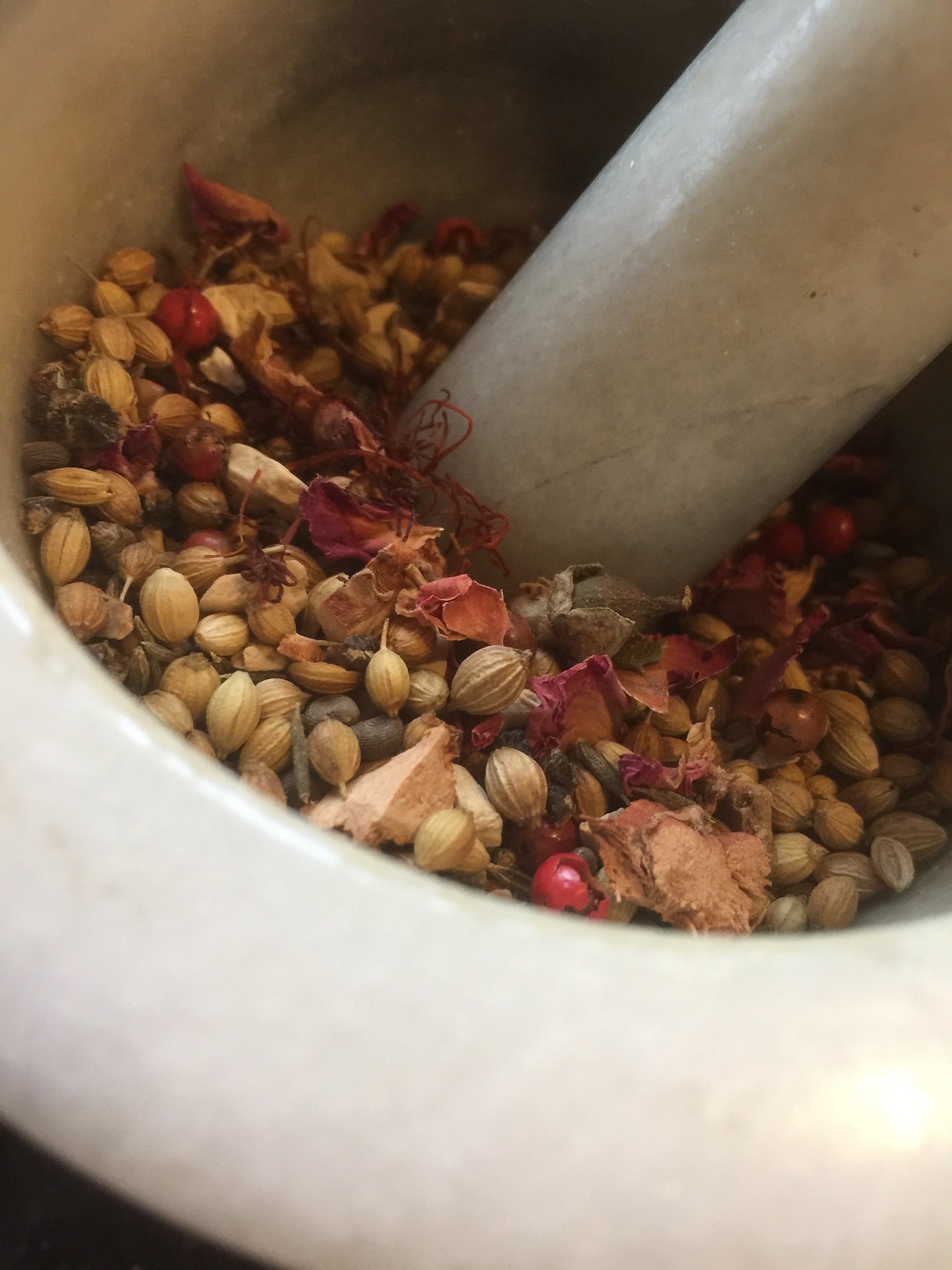 Most of the grinding is done the old fashioned way using mortar and pestle, as it should be. I believe it is a more direct connection to the material because this way I can smell them as I crrrrrrrush them! Whatever I'm unable to grind fine enough, I will pass on to the electric grinder. I kept most of it for my cooking (nothing beats a homemade couscous topped with a homemade couscous stew spiced with my very own Ras El Hanout!). But some I just felt compelled to burn as incense. 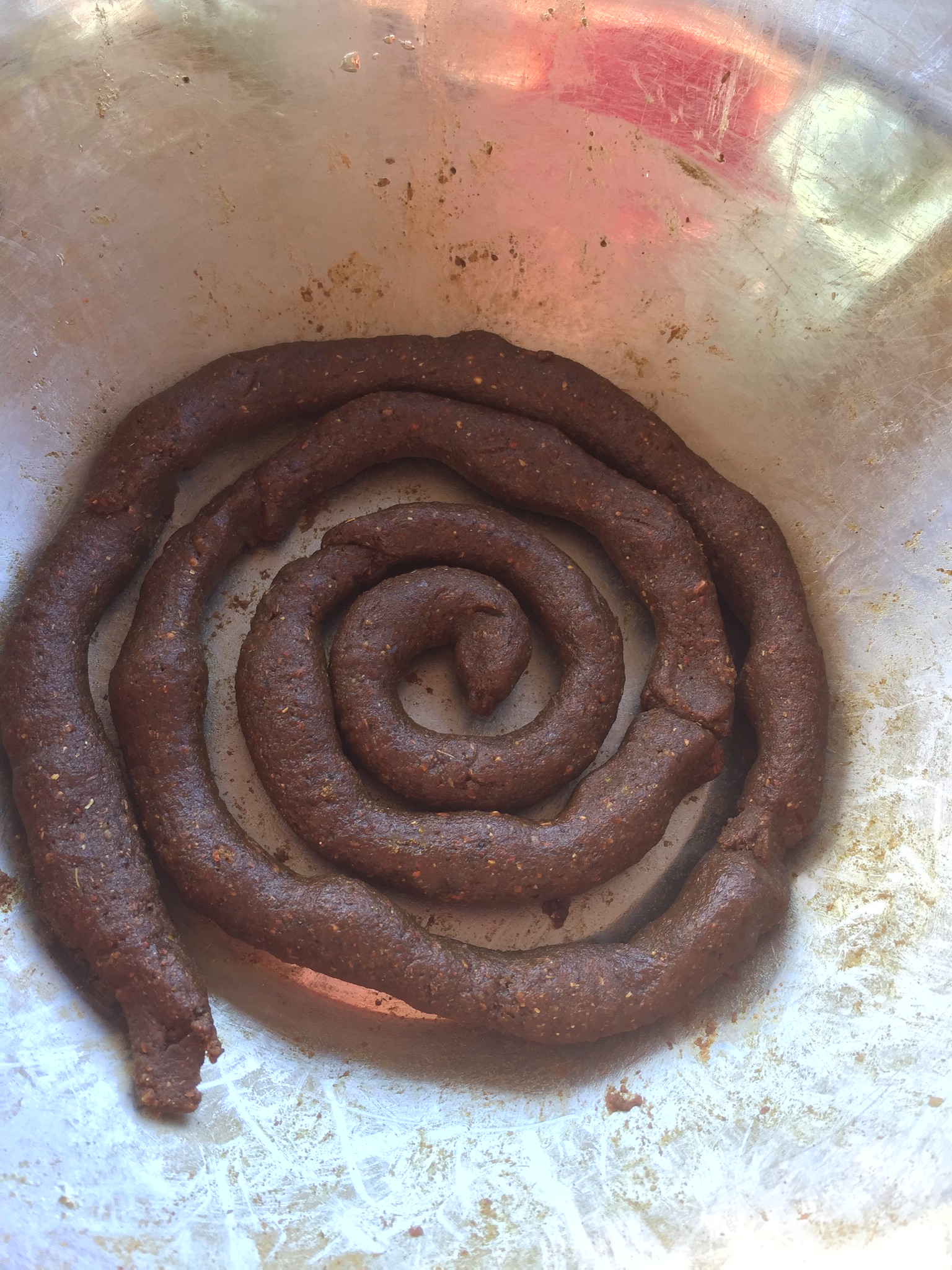 My first idea was making it into nerikoh (kneaded incense, which is not actually burnt but placed on a hot micah plate). Nerikoh traditionally uses honey or plum paste. For this experiment I used a combination of dates and honey. I named these Oasis Nerikoh.
In the picture you are seeing the incense dough shaped as a spiral, and waiting to be hand-rolled into tiny balls. 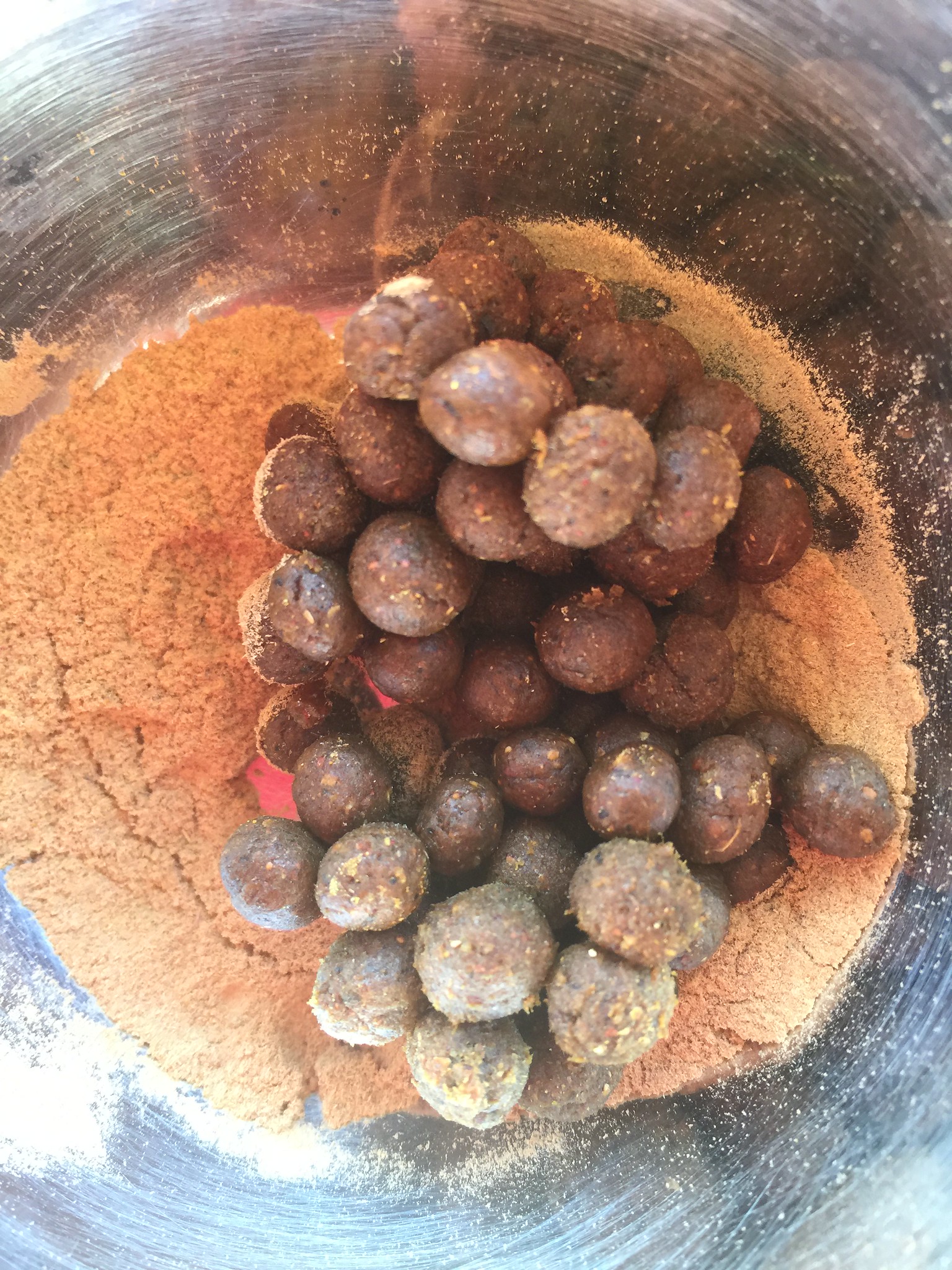 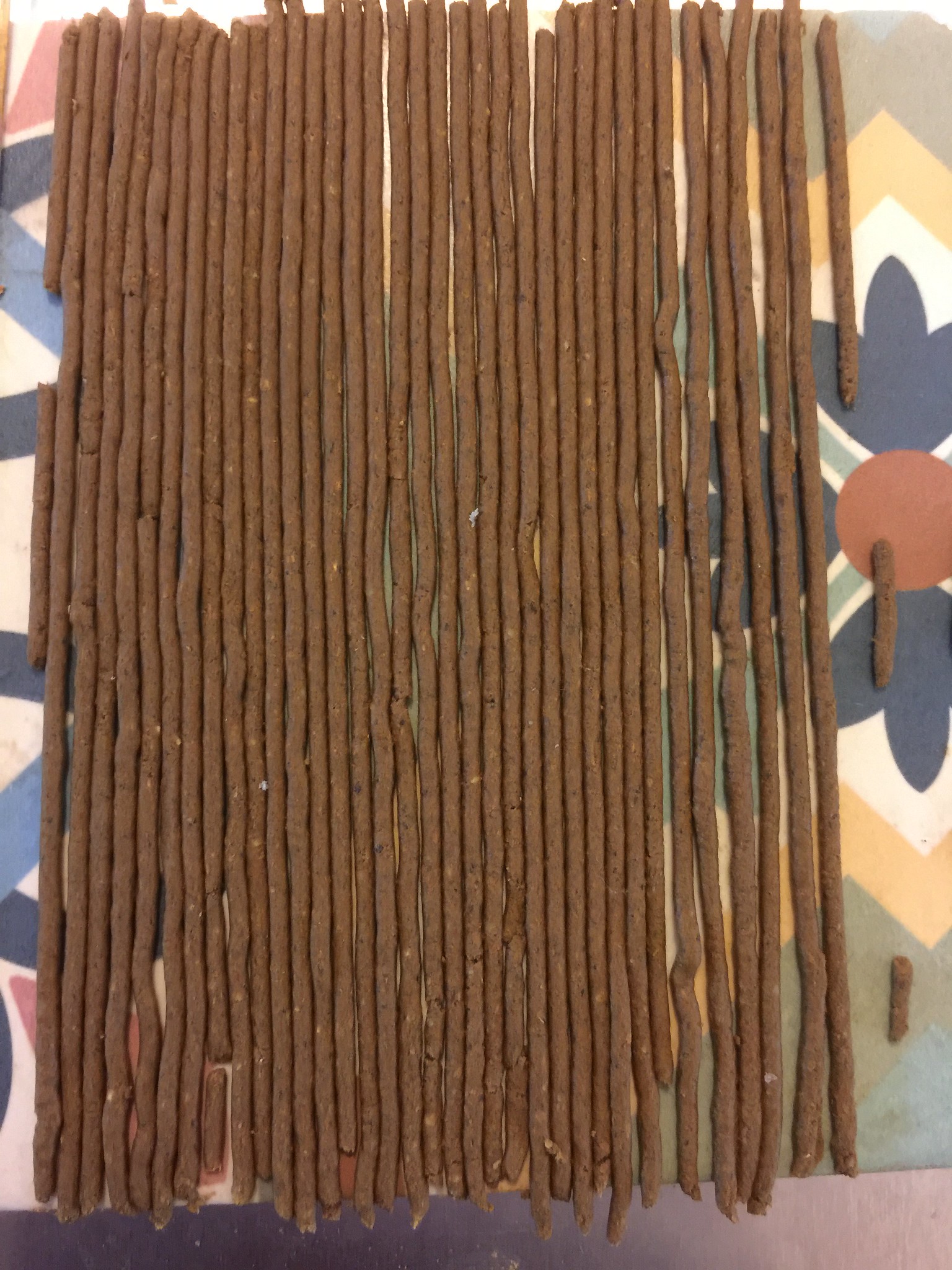 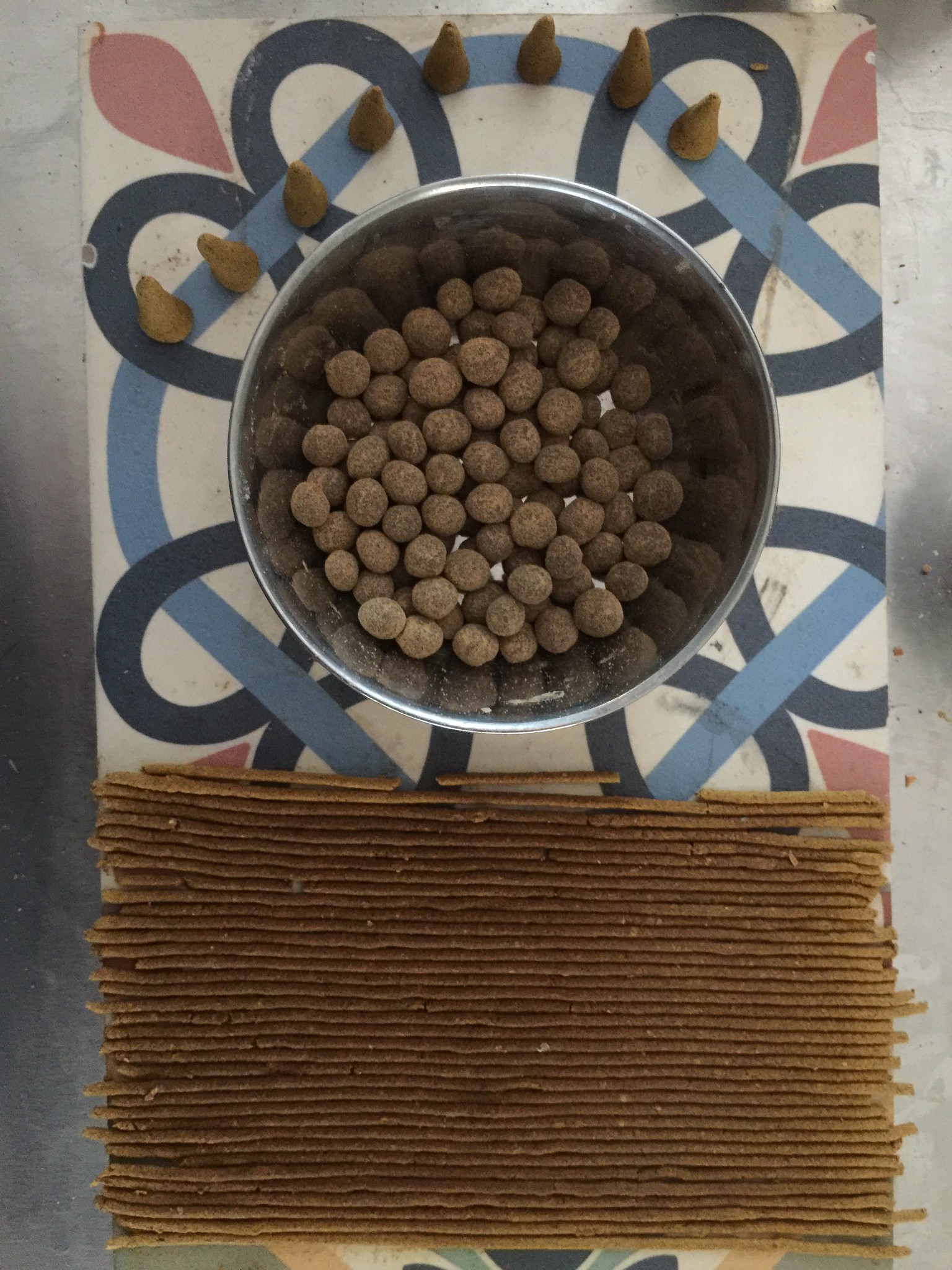 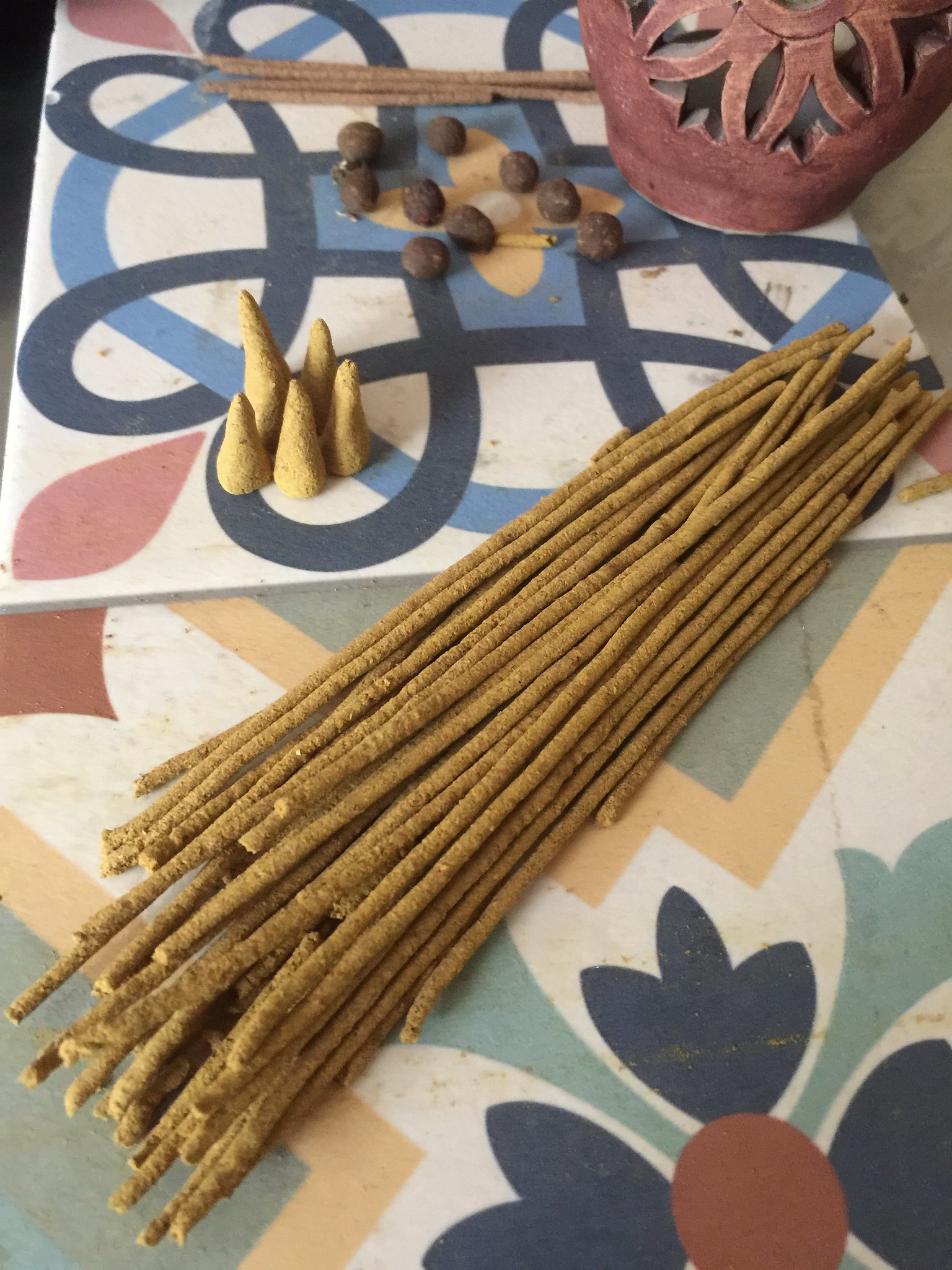 Here they are, all dried up and ready to use! The ornamental brown ceramic dish in the background is my aromatherapy diffuser, which I use to heat up nerikoh. 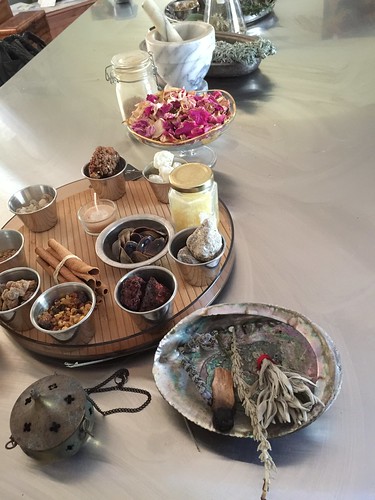 Today I began teaching my first incense course - a series of incense classes, covering the main burning styles and incense making techniques. Using natural raw materials only, such as precious resins, gums, woods, spices and herbs, we will pulverize, grind and mix together raw materials that were used in incense making since time immemorial.  I am very excited for this workshop - because it is taught to a very special group of women, and also is giving me the push to improve my incense making skills and learn new techniques!

Here's what's planned for the course:

2. Loose Incense
Spotlight on resins and composition of a loose incense using resins, herbs and spices.

3. Kyphi
Relying on an ancient Egyptian recipe, we'll pulverize and grind various resins, herbs, precious woods and spices in a mixture of wine and raisins, and create small pellets that can be burned on a charcoal or electric incense heater or diffuser. You'll be able to pick up the Kyphi you made after a week (or get it mailed to you).

4. Incense Pastilles
Incense "candy" that is made of various type of resins, with added liquid, rolled into balls and burnt on charcoal or on aromatherapy diffuser).
Very suitable for children, as this type of incense is faster to make and does not require long drying time, and can be taken home the same day.

5. Neirkoh
Japanese incense pastilles - like soft incense caramels that are designed for warming on a hot plate rather than burning. Made from complex aromatics and aged for several months.

6. Incense Trails & Body Incense
Unique Japanese technique for incense burning, as well as perfuming the body or cleansing before entering temples for prayer and meditation. This class also serves as preparation for the most complex form of combustible incense.

7. Incense Cones
More technically advanced, this incense is hand-shaped into little cones that can stand on their base and are self burning - just like the more familiar joss-sticks, once they are ignited, they burn slowly from the tip to the bottom. Preparing them requires fine balancing of the ingredients and meticulous shaping, therefore taking much longer. You'll be able to pick up the cones you made after a week (or get them mailed to you).
Back to the top