Visit EauMG to read Victoria Jent's reviews of my Blackbeard Oil and Orcas Beard Oil. Both can be used to condition both hair and beard and are made primarily from argan oil.
"...if you like natural oils and if you think you’d like smelling like a lumberyard or salt air, then don’t let 'beard' shy you away. These are high-quality oils with great fragrances". Chocolate Ships Cookies, a photo by Ayala Moriel on Flickr.
This weekend we held a Halloween tea and perfume celebration, with guest appearance of the great and terrible pirate Blackbeard, and his bearded lady friend (BTW - she has a goatee and loves the new oil!). Featured Interactive Presentation: The Nearly Non-Existent Grooming Lives of Pirates, and demo by the Bearded Lady - and a special appearance by Blackbeard himself! Menu:
Heavy spices will mask the rotten foodstuff at sea, and lemons in all shapes and forms will take care of scurvy... Enjoy! This was the very last tea party that I would be hosting at my home studio on 1230 Haro street. I've been hosting these sensual gatherings since 2009 (and hosted 30 parties so far, all with original menues and recipes). They were a wonderful way to build a community and nurish (the barely-existent) scent culture in my city, and encourage people get in touch with their senses, in particular the sense of smell.

The side effects of this wild venture included (but were not limited to): making new friends, enjoying fine teas, brewing wild cocktails, perfume indulgence, outrageous menues and orignal recipes of hand-made pastries made by hand by yours truly. It's sad to bid farewell to what has become a huge part of my life - planning, baking and hosting parties. But this is a necessary change so that I can focus on completing the 2 books I've working on (one of them being a recipe book for many of my tea party favourites!), and to move towards a better future for my business as well as family. Think of it as pruning that will allow for new growth...

For more pics from the party, please visit my Flickr album! The insect, fungi and bacteria repellent properties are self-evident with how well the wood is preserved even in the most moist environment as the rainforest of the West Coast. For its antiseptic qualities, I think it would be most appropriate for a beard oil, and also for creating a feeling of cleanliness even without shaving and applying aftershave etc. But clean in a foresty way, of course. 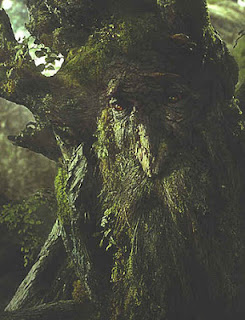 From wandering in the forests of the Northwest to the jungles of tangled thoughts in my mind, I came up with a new idea. Something for an entirely different kind of forest: the one that some folks decide to grow on their faces.

Beards, I'm afraid to say, are one of my least favourite "things". Some men will even notice a drastic change in attitude if they decide to grow one around me. To my defense, this prejudice is from early conditioning that made me associate bearded men with all things evil. Some of us are just lucky this way...

In the meantime, 75% of the dearest men in my life (read: brothers) have decided to let go of their civilized look and let those wild whiskers grow all over their face, concealing their otherwise very handsome features. Thankfully their eyes are still there shining ever so brightly with religious zeal, and you can sorta make out their smiles too. Phew.

So, making peace with my demons (and with my brothers' rapidly growing beards), developing a beard oil seems like a healthy course of action. It's amazing that my therapist hasn't thought about it earlier. And maybe it will also catch on to the increasingly bearded culture that's prominent on the West Coast.

If you're growing a beard, you might as well keep it healthy and shiny and soft. Plus, now that you put all the manufacturers of razors, shaving creams and aftershaves out of business - you must contribute to the economy with a modified form of consumerism!

Beard oils are designed to take care of both the beard and the skin underneath it. Avoiding phenomenons such as bristly coarse hair, red blotches, flaky skin, and ingrown hairs. That's where beard oil can be useful: hair conditioner won't do the job for softening the hair, plus skin of the face is much more delicate and thin than the scalp. Beard oils are an easy, all-natural solution for conditioning and softening the hair while moisturizing the skin and keeping both healthy.

Essential oils that are beneficial for beard care are those which promote healthy growth of hair, while keeping the skin clean and balanced (i.e.: not too greasy, not too dry) and also take care of potneital in grown hairs in the growing-out phase: rosemary, lavender, cypress, lemon, and thyme (ct. linalol), rose geranium and cedarwood.

With that list of beneficial oils, and with my recent obsession with the forest - is it at all surprising that my first attempt at a beard oil formulation is redolent of the woods? It is now already at the testing phases, with 10 samples shipped out to beard-growing test subjects representing equally the hipster persuation and the Jewish faith, with a couple of just plain old bear lovers thrown in for good measure. The first feedback just came in by means of a phone call from an excited lady whose partner has been wearing it over the weekend to much satisfaction of both parties. Both report that it doesn't only work well, but also smells good!

If you like (or grow) a beard, I'd love to hear your ideas of how you'd like it to smell. And if you don't like a beard, I'd still like to hear your opinions too. If you have a beard and would like to be my test bunny please send me a private message. The beard oil will be released sometime in June for Father's Day.
Back to the top