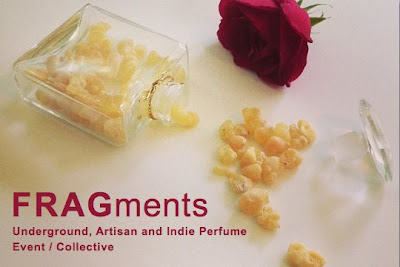 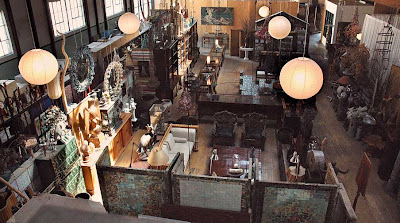 WHAT:
11am-Noon: Moderated Discussion With Perfumers
Noon-5pm: Reception and Collective Pop Up Shop OpensCome sniff, get the story behind each perfumer's art and, if you choose, purchase directly from them.
Tickets are $10 and can be purchased online in advance on the FRAGments website. Love is Colorful, a photo by Ben Heine on Flickr.
There is nothing I like less than calling what I do "blending". It's not what it is. And I'll tell you why!

Blending to me is putting a few elements together... It says very little about the end result, except that it is comprised of more than one element. And I can't help but think of blending in makeup, not to mention that noisy machine one utilizes for making smoothies and such...

Mixing makes me think of mixing colours together – fingerpaints or paints or an artist’s palette, or mixing a cocktail, which is now named as if it is a new science – mixology.

Composing perfume is a whole other story. It’s more akin to music than it is to any other art forms. Although, one could argue that it has a lot in common with the culinary arts, where blending is a very appropriate verb (as in blending wines, teas, spices, coffee or chocolate beans, etc., which undoubtedly takes much skill and knowledge of each raw material that is “blended”). Because, like music, the art of perfumery takes place in time. And like music, a few elements can exist next to each other without losing themselves to one another:

"If you mix blue and yellow together, you lose the individual colors and make a new one; tones, on the other hand, may be combined without losing their individuality. What you end up with is a chord, something new, which has its own sound but in which the individual tones are also distinct and identifiable. It's not a blending or, as one might expect when one hears a number of people talking at once, just noise, but something of a different order (…) For colors to stay separate without blending, they have to occupy space next to one another. They can't occupy the same space. But notes can occupy the same space and remain separate".
- Diane Ackerman, A Natural History of the Senses, p. 219-220

And this is what to me makes perfumery such a compelling art form – it encompasses so much emotion, and so many elements, and they sometimes sing in unison, but other times trail off to whisper their own melodies. They don’t lose themselves in whatever relationship they are. They just live together in harmony in their little glass house.

Last Sunday, Nov 16, a unique art show opened in FibreWorks Gallery in the Sunshine Coast, titled Alchemy and Aritstry.
The show was initiated and hosted/currated by Anita Kalnay, certified aromatherapist, visual artists and a Spiritual PhytoEssencing practitioner who lives and works in Alert Bay, BC and is currently studying Ayala Moriel's Foundation of Natural Perfumery Course.
Eight artists explore the concept of Spiritual PhytoEssencing by creating visual art in response to different essences and PhytoEssence blends created by Anita.