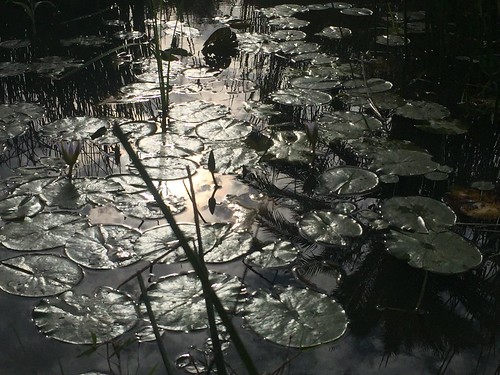 What do blue lotus and mandrake have in common?
For one thing, I spotted both growing wild in Ein Afek nature reserve, the remnants of the wetlands of the Na'aman river, whose origin springs are just southeast of the beautiful city of Akko. Secondly, both have hallucinogenic properties, and were valued by herbalists, magicians, shamans and witches for thousands of years. 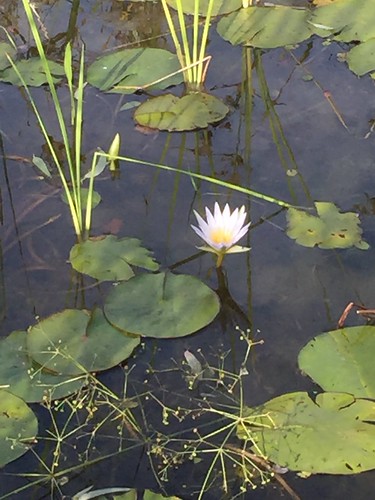 Blue Lotus (Nymphea caerulea) is truly a blue waterlily, highly prized by the Egyptians, who treated this plant that grew in abundance along the Nile Valley. Nowadays, it is a scarce plant that grows in marshes and ponds in that area. The flower blooms only for 3 days, in which it rises 20-30cm above the water, opening around sunrise, between 7:30-8:00am and closing around noon, a cycle that echoes the solar rising and setting.

To the ancient Egyptian imagination, the yellow centre with its shooting yellow stamens set agains the blue flower symbolized the sun set in the azure Egyptian skies, and associated the "sacred lily of the Nile" with the sun god Ra. Blue lotus plays a role in an even earlier Egyptian myth - a myth of creation, which tells how the flower rose from "Nun" - the chaos - even before the sun itself was created.

"I am the pure Lotus which springeth up from the divine splendor that belongeth to the nostrils of Ra. I have made--my way--, and I follow on seeking for him who is Horus. I am the pure one who cometh forth out of the Field." (The Papyrus of Nu).

Garlands of blue lotus were found in tombs and are portrayed and mentioned in the Book of Coming Forth by Day (AKA Egyptian Book of the Dead) - the guide for the soul in the afterlife.  "Transformation Into Lotus" is described in both in the papyrus of Nu and the papyrus of Paqrer. Blue lotus was also found in countless frescos and decorations on various ritual chalices. The priests would steep  the flowers in wine and harness its narcotic and hallucinogenic properties in their rituals to reach a state of ecstasy.  The flower's naturally occurring amorphine, nuciferine and nornufcferine are what give it hallucinogenic properties.

The Egyptians would steep the flowers in wine, thus creating a narcotic concoction that was used for ritual by their priests. Additional ancient mention of lotus' hallucinogenic properties are the Lotophagi ("Lotus Easters") in Homer's Odyssey. 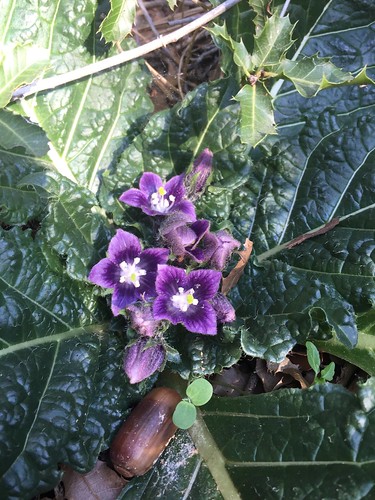 Few plants are as intriguing as the Mandrake - a highly poisonous plant from the nightshade family that is native to the Mediterranean and most of Europe. The species that grows in Isarel is the Mandragora autumnalis, and it's been mentioned twice in the bible:
“The mandrakes send out their fragrance; and at our door is every delicacy; both new and old; that I have stored up for you, my beloved.” - Song of Songs 7:13

And in the book of Genesis an elaborate story of jealousy and seduction takes place, involving the two sisters (and wives of Jacob) Rachel and Leah. Reuben finds mandrakes in the field and gives them to his mother, Leah. She has been neglected by Jacob for quite some time in favour of her barren sister. And so she trades the mandrakes with Rachel for a night with their shared husband. Rachel agrees, in hopes that the aphrodisiac power of the mandrakes will open her womb. From that night with Jacob, Leah's fifth child is conceived.

It is unclear from the story which part of the mandrake was used. The elaborate root systems of mandrakes, which often looks like a human, has a folklore reputation of solving infertility. There has been much myth about uprooting the mandrakes, without disturbing the little demon underground. A renown technique has been to tie a dog to the plant so that the dog would absorb the plant's curse once uprooted. Reuben must have gone through a lot of trouble to help his mother!

The fruit, on the other hand, have an intoxicating aroma that supposedly is enough to arouse the most frigid person on earth. I am yet to see this golden fruit or smell it in person, but I've been told it smells like pineapple. The fruit is the most edible part of this toxic plant, although one must be careful not to consume any of its peel or seeds. It is for a reason that it's Arabic name is "Tufah el Majnun" - Apples of the Insane.

Finding the mandrakes in such close proximity to the rare blue lotus was inspirational to me and sparks the imagination. Whether if it its their colour or the myth surrounding them, this is a theme I intend to go back to when I'm next brewing in my lab.