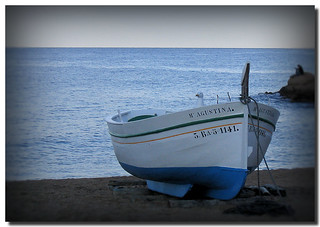 It's been a while since I smelled the original Azzaro and it was almost as familiar as I wished. I could swear the mosses in there have been reduced. But its original, nonchalant Mediterranean charm still remains quite intact. Like Polo, it was launched in 1978, so it is no wonder this fragrance smells so familiar to me, reminding me of freshly shaven men that occasionally crossed my path as a child, and in many ways I believe this very particular scent has become a blueprint in my young memory to what "masculine" fragrances are. It may not have such an important status in North America, but in Europe - Azzaro is still the top selling fragrance for men, so my
The initial blast of lemon and lavender creates a sense of well-being and brings to mind the scents with which men of that generation would douse themselves when they wanted to come across as well-groomed and appeal to the ladies while at it. To a little girl, such scents were not unpleasant, but very foreign and to this day create in a sense the feeling of someone unfamiliar entering a space. This, of course, can be either mean a good thing or a not so good thing. But one thing is for certain: it does draw attention.
Petitgrain supports the notion of cleanliness with its soapy quality, a mere suggestion here but gives it the unmistakable eau de cologne character. A hint of basil in juxtaposition to these citrus notes and mossy currents underneath bounces off the soapiness. It also creates the classic Mediterranean, relaxed and care-free, summery feel. There is also a hint of anise, which adds mysterious spicy accent, but mostly supports the anethole that is naturally occurring in basil leaf.
In the heart, there is still plenty of citrus presence - but from lemongrass or citral (the characteristic lemony molecule which sells like lemon-drop and appears also in lemon verbena and many other lemon-scented herbs). And there is geranium leaf - a must for any respectable Fougère, where it adds rounded, fruity yet green freshness and more body.
All this goodness dissipates within about 30 minutes on my skin, and is being replaced by a strange, slightly acrid balsamic-spicy note, reminiscent of steam-distilled Peru balsam essential oil and some vague spicy notes of eugenol. And for a while, this seems to dominate and all the other aspects that make Azzaro so lovable are all but gone.* But won't you worry: the oakmoss and cedarmoss will make a comeback at the dryout phase, alongside tart, almost citrusy vetiver note and a subtle musk that is reminiscent of clean, freshly-scrubbed-with-soap skin. 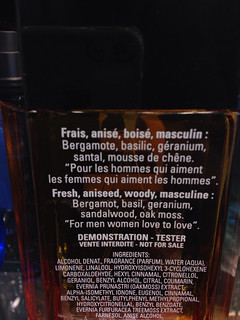 Top notes: Lemon, Lavender, Anise
Heart notes: Petitgrain, Basil, Geranium, Lemongrass
Base notes: Oakmoss, Cedarmoos, Musk, Vetiver
* I am quite certain this has something to do either with my own (feminine) body chemistry, or with the reformulation. I'm quite certain this will smell a lot better on a man.

P.s. Anyone know why does the bottle have such an overwhelmingly unattractive design and unappealing, mustardy colour to boot? It seems to have nothing at all to do with the fragrance itself.
Back to the top