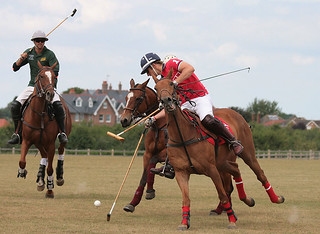 Long time ago, in a country far away, I was a nanny in a busy household in which both parents had a career in filmmaking and production. I would show up at their place at 8:30 (which was a huge lifestyle improvement for me comparing to the first job, the year prior, which started at 8), and by 9am the parents and older brother were gone and I was left with the adorable one year old I took care of for the day.

It's a privilege to be entrusted with a child's life at such a tender age, not to mention being welcomed into a home like this and become almost like a family member; yet also a bit of an odd situation to be entering a family's daily life in a rather intimate moment - preparing for the day and saying goodbye to each other as they set off on their long day adventures. When I came in everyone were still at different stages of dressing, showering, eating breakfast and so on.

Because, not surprisingly, I was oddly interested in fragrance even back then - I will always remember certain things about their home, including the soap they used (it was Dove - which was a rather exotic thing in the early 90s in Tel Aviv - and for sure the dad brought it back from his many business trips to L.A.). There was also a bottle of Obsession in the bathroom, which he bought for his wife and she never wore (unfortunately, she's really not into perfumes whatsoever) and then there was the green bottle with a horse and a rider holding a strange long stick, clouds of which wafted every morning after the dad shaved.

I've never worn Polo and I can't say I have an intimate connection with it, but I did remember it as smelling good. So with Fathers' Day approaching and me feeling the urge to cover some more masculine fragrances on SmellyBlog - I set on trying it out for two days in a row now. The first time it was only semi-planned: I went to the drugstore to scout for some more cheap drugstore colognes and aftershaves. But I did not find what I was hoped for (Canoe). So I remembered that odd number and decided to try it on one wrist, and Eau Sauvage on the other. The latter was unfortunately a spoiled tester (too much light, folks!) while Polo simply won my heart almost immediately.

It's strong, bold and in your face so I'm glad I was wearing it sparingly. What one smells at first is that wonderful melange of patchouli, oakmoss and honeyed-animatic civet blooming in their warmth. And there is a decidedly leathery undercurrent that makes it really intriguing (and not wanting to scrub it off even though it is rather on the strong side). There are also many other things going on but these are the ones that I immediately pick up. Then as it unfolds on the skin, more fougere-like qualities pop out. Artemisia and other herbs mingle. I read that there are also thyme, basil and marjoram in this - but I can't really pick them out. There is just an overall feeling that is both sunny and warm like the Mediterranean garrigue - but also dark and looming against the leather. There is on one side a very smooth interplay of those rather distinctive elements. It's true that they go really well together in a red pasta sauce, a stew or even on bread with olive oil; but as perfume raw materials all these herbs are rather at odds with each other when combined with so many other perfume-y materials. They just don't like to behave!

There is also pine, which gives it a very distinctively masculine aura, as if to reassure you that all that civet is not going to turn floral on you. As Polo dries down on the skin, more of the dryness that comes out, accentuating the patchouli, and less of the civet notes (which are just this close to becoming as impolite as Kouros). Virginian cedar wood comes to the fore and mellows the more animalic elements, giving them a reliable context for an alibi (just in case someone walks by and suspects them of misbehaving).

Polo (1978) is at once sweaty, carnal, earthy, dirty, fresh, sexy, bold, distinctive, unique yet unmistakably manly. But what I adore the most about Polo is the dry down. Oh, the patchouli and the oakmoss, when they mellow on the skin after hours, and there is a bit of musk to connect them and balance the tartness of oakmoss and the dirty of patchouli. Why did they stop making scents like this for guys?!