In the Aphrodisiac of the Day series leading to Valentine's Day 2012, I present to you some of the easier to find aphrodisiacs and suggest creative and fun (as well as safe!) uses for your own amusement and pleasure. I'm also attempting to bring them in alphabetical order, and because there isn't all that much time I will only bring one of each letter (even though, there are more aphrodisiacs beginning with "C" than I can possibly cover here this year: I've already told you about Cardamom, but there are other domestic spices such as cinnamon, cumin, cloves, and the more exotic civet and costus root). Since I can't find anything beginning with "D" that I know enough about from first hand experience (there is damiana, which I know little of) - I'll jump straight to F and talk about frankincense. The name is derived from "Franc" (Medieval French for "Free") and "Incensum" (Latin for "to kindle"). Olibanum, the more ancient name for it is derived from the Hebrew name "Levonah".

Frankincense (Boswellia carteri) is a small tree or large shrub that grows wild in the deserts of Arabia near the Red Sea (in Yemen and Oman, where the best quality comes from), most of which is used by the Arab world. The next best quality of frankincense comes from Somalia and Somaliland, from which most of the essential oils and so-called absolutes of frankincense are processed for perfumery and aromatherapy purposes. Arabian frankincense is harvested from the wild by Bedouins (the nomadic tribes of the desert), who will induce more resin by placing incisions in the tree trunks and branches. The tree will exude a milky liquid that quickly resinifies into yellow, white and golden amber resins ranging in size from pea to a walnut. These are broken off the branches or collected from the ground underneath the trees.

Indian frankincense (Boswellia serrata) has a similar odour and has been used in Ayurveda "treating arthritis, healing wounds, strengthening the female hormone system, and purifying the atmosphere from undesirable germs" (Wikipedia). It's also considered helpful for respiratory conditions and even asthma. The resin looks like precious gold, and smells like drops of sun and its texture is redolent of the dry desert where it came from: It is often a little dusty - partly from the broken resin itself, and party from the desert earth itself. It has a freshness to it alongside a balsamic, heavy, exotic perfume. The scent is fresh-citrusy (from limonene), woody-conifer (from the pinene) and spicy-peppery (from the phellandrene content). But above all, it possesses a richness that is unlike other, and unfortunately does not translate nearly as well into the essential oil, which is more light, fleeting and orangy-lemony in feel with a slightly powdery woody oriental finish.

The best of frankincense comes through once its burned as an incense. Placed directly on hot charcoal or embers (nestled in a heat-proof censer, of course), the resins and gums dissolves and release the true aroma of frankincense, without any “burnt” incense after notes. If you’ve ever entered an ancient church such as the Church of Holy Sepulchre or the Notre-Dame, whose walls are infused with prayers and incense smoke of hundreds of years - you know what I’m talking about… It brings the mind an instant calm and contemplative state that is most suitable for prayer and meditation, but also for other things…

Although not exactly as easy to find as culinary spices, you can find frankincense in most church supply shops - either on its own, or with various other resins and herbs. I suggest you stick to pure frankincense, and while you're there - you might as well pick up some myrrh resin and benzoin (which is a dried balsam), and charcoal to burn them on. This is the simplest, purest loose incense and if you are not objected to smouldering your habitat with thick, aromatic smoke - this might be the beginning of a very fine journey that will connect you to incense burning traditions as ancient as the world's first civilization (myrrh and frankincense were the first burning perfumes, remnants of which were found in ruins of ancient Sumer). 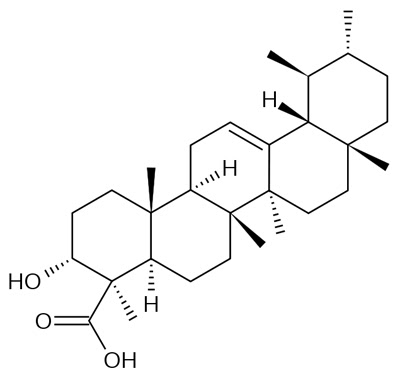 Don't let the religious associations of these resins "turn you off". The reason they were used in religious rituals since the dawn of civilization is because of their immensely powerful effect on the mind, body and soul. Their powerful effects were hardly researched until quite recently. For example: Boswellic acid, one of the main constituents in frankincense resin and oil has therapeutic properties was found to have anti-inflammatory properties and even cancer-fighting potential. But more relevant to our aphrodisiac topic, is the 2008 research by Johns Hopkins University and the Hebrew University in Jerusalem that found incensole acetate to reduce stress levels in mice.

Priests, shamans and prophets of antiquity did not need mice to know that. They burned frankincense in ceremonies and temples since the beginning of human civilizations. Frankincense was 5 times more popular than myrrh in ancient Egypt. While myrrh was used in some perfume and incense preparations at this time - it is probably most known for its used in the mummification process and in medicine (a powerful analgesic). Frankincense enjoyed more versatile uses: it was burned at dawn to worship the sun-god Rah.

Frankincense is not your predictable aphrodisiac that stimulate and excite the superficial layers of passion. Instead, it works on a deeper level of our mind - calming it completely and connecting us to the spiritual part of our existence, or our soul, or whichever way you’d like to call it. And being connected to your soul can only do you good - especially in our time, when the modern life-style gives very little room for relaxation, contemplation and connecting with one’s inner self.

Aside from particular health conditions that might be associated with lowered libido, stress is probably the number 1 mood killer or “anti-aphrodisiacs”. With this in mind, it only makes sense that something that is relaxing and is not damaging in any other ways, can only help (unlike, for instance – wine – which can relax and increase libido but can also take away from the fun by having the completely opposite effect tby the end of the night; not to mention unsightly spider veins all over your face and other less desirable long-term side effects).

So if burning incense makes you happy – do it for your own sake, and also to improve your love life. If loose incense seems like too much trouble (it does require some skill and certain equipment) – opt for high-quality incense sticks such as Shoyeido’s Frankincense from their Gourmet series, and Diamond in the Jewel series.

If you’re not into any kind of smoke, you can enjoy the essential oil in a diffuser or in a bath alone (as few as 5 drops of frankincense will be more than enough for a relaxing bath) or in a 30ml (2 Tbs) massage oil base (such as: almond, avocado or grapeseed oil) blend with other beautiful and sweet smelling oils to enhance its aphrodisiac qualities:

And last but not least – enjoy it in a tea! Mandy Aftel of Aftelier Perfumes created an innovative beverage - Frankincense GABA Oolong - that combines the best of both worlds – sensual, aromatic and with health benefits. Her hojary frankincense is hand-tinctured and infused into an organic oolong that is rich in GABA – a naturally occurring human neurotransmitter that brings calm and relaxation to the mind and the body. While the oolong itself is a little earthy, the frankincense adds a fine nuance of woods and hints of citrus and keeps opening up and unfolding as the tea leaf unfurl with recurrent steepings. As with most high-quality teas, and particularly oolongs, this tea can be re-infused and each cup will taste and smell differently – which makes it even more fun experience for the palate.