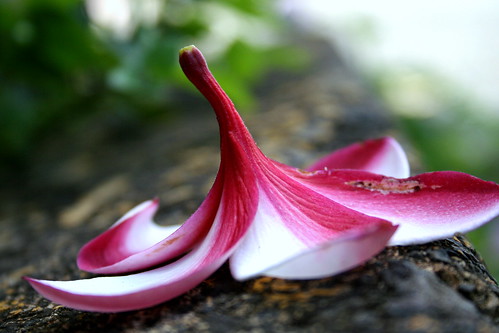 '
Cuir de Gardenia smells more like a flower candy than leathery gardenia. Surprisingly straightforward for Aftelier, who usually pairs together two contrasting elements. This time around the sweet-floral aspects of gardenia are amplified by isolates that take away from the complexity of the gorgeous tiaré absolute it is built upon. I have smelled the absolute and it is a perfume on its own right - which is why I assume the perfumer tried to add as little as possible to it. The Tiare absolute combines a heady florally with a hint of sharp verdant aspect in the opening, and a buttery-creamy softness that balances it perfectly.

The choice of oil for the base is a bit at odds with the white floral theme - oil does not do justice to many white florals, and tend to hide them in their fat folds instead of allowing their shimmering beauty to shine. Also the intentional lack of top notes does not do this justice either, creating an effect of plunging into a decadent layer cake without any notice. Ethyl maltol (the  same cotton-candy molecule that gave Angel its powerful chocolatey effect), Ethyl Phenylacetate (providing a sweet pea-like fragrance), which further sweetens it and perhaps barely accentuates the naturally occurring green aspects - they still end up completely buried in this sugary floral lei. Thankfully, I'm not smelling an overdose of methyl anthranilate (we've already smelled what that does in Chanel's Gardénia). I'm also surprised to smell no jasmine or vanilla absolute, both "the usual suspects" for a gardenia composition, and could have worked well here without taking away from the tiaré.

The castoreum, which is supposed to give it the "cuir" and interesting balance is barely there, which is a shame. Because gardenia and leather could be beautiful together. Sometimes when we are too careful to lose an essence by adding other elements to it, we end up doing just that.

When all the sugary isolates fade away, there is a return of the tiaré absolute, but only a shadow of it as the oil absorbs much of the scent and creates a different aura to it. I really wish I could smell it in alcohol base. I am certain it would do it more justice.

This is again a review of the older version of the scent from Comptoir Sud Pacifique. The new version, Aloha Tiaré, is not the same scent at all. Generally speaking, the new one is more of a gardenia and tuberose scent, while the older version reminds, while the original, baring the simple name Tiaré, is a creamy and indulging Monoi Oil scent – an infusion of the Tahitian gardenia named Tiaré in coconut oil.

Unfortunately, the beginning of Tiaré is overwhelming and smells strongly of artificial jasmine and gardenia on an oily background of coconut and vanilla. The intensity level is so overwhelming that it gives off the impression of fueling gas. Luckily, after about half an hour it softens into a creamy scent of white flowers condensed and immersed into coconut oil infused with vanilla beans. The dry down is not unlike Songes, but I find Songes to be more sophisticated and magical.

Tiaré reminds me very much of Yves Rocher’s Monoi de Tahiti body and hair oil – also discontinued, unfortunately. I think I prefer the scent of Monoi as a body product, in an oil base, rather than as a perfume. There is something more appealing about it as a beach scent per-se, rather than a scent that suppose to remind us of the beach. There is something about this that just makes it feel fake.

P.s. This would be the last review of beachy scents for this summer. I am really trying to push it, but I should have taken the hint from the rain in JFK airport and realized it's fall already. One more post as a summer grand finale, and I will officially settle myself into my autumn moods, scents and clothes...
Back to the top