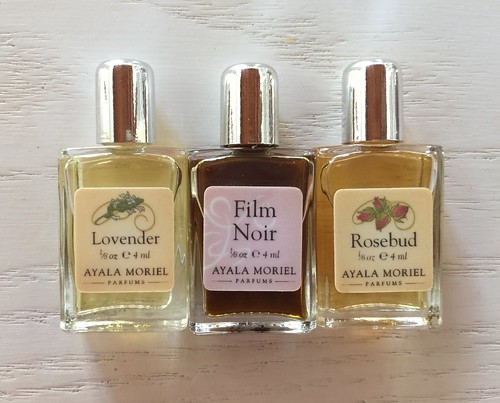 You're not supposed to do it, but I know many of you do. Layering is one way of customizing your scent, making it more personal and also a creative way to make use of your (growing) collection of perfumes.

But I know you're reading this you don't agree with me. But at the same time, I find the drive to do it original and creative, no matter how many times I've met people who do it and take pride in their "blends". And making people feel good when wearing my fragrances is more important to me than being right in this argument.
Knowing that (some of) my audience likes to tweak and make their own "improvements" to what I laboured on long and hard and believe to be the best I can offer - I know that this battle is hopeless from the start. So instead of convincing you why you shouldn't do it - here are the five things you need to know about fragrance layering to make it actually work for you and create that "wow" effect you are after, even though I know just as well that you're going to be more satisfied when you make your own errors and find ways to fix them, all on your own. I also know that rules are probably not exactly what someone who's mixing and matching unrelated fragrances is after - so consider these suggestions, tips, ideas...

1. Simplicity
Choose scents that are simple. i.e.: Soliflores (from The Language of Flowers collection) and single-minded fragrances that are focused around one or two ingredients (such as Vetiver Racinettes or Film Noir) are more likely to create an impact.
If you choose fragrances that are too complex, you are more likely to end up with a rather nondescript scent, or a cacophony of odours. I was tipped by someone on one of the forums (my apologies for not remembering who) to layer Apres l'Ondee with Philosykos. They were right, the violets and fig notes in these two do mix very well together. But I can't imagine two classic Guerlains working well together because these are all a helluva complex, sophisticated fragrances. Adding a little bit of something simple like a single note fig fragrance though creates a surprising results.

2. Weight and Volume
Choose one "light" and one "heavy" fragrances or scents of equal or similar "weight". This is not literally the same as top, heart and base note - but a very similar concept. i.e.: an Oriental or Chypre fragrance is heavier than a citrus. Florals tend to have more of a medium weight (although there are always exceptions to these rules).
Likewise, pairing fragrances that are both very "loud" could clash - both of them competing rather than complementing each other. It's better to have one loud and one more mellow - so they can both complement each other. I wouldn't mix together two very strong minded fragrances such as Angel, Yohji or Lolita Lempicka, for instance. But taking one of those and then adding something light and refreshing such as an eau de cologne or a mellow woodsy fragrance centred around sandalwood or vetiver, for example - might just work.

3. Order of Layering
Your layered fragrance is greatly influenced by the order in which you apply the scents to your skin. The one that goes on first would be less noticeable in the beginning of the wear; but would grow over time to reveal itself as the "base notes" of the fragrance. That is why I recommend you use  the heavier scent first and the lighter scent second. Otherwise, the more fleeting fragrance gets lost in the more dominant or "heavy" one. For example: I would apply Jo Malones Black Vetyver Cafe before Vintage Gardenia in that order - applying the other way around simply buries the gardenia in a grave of earthy vetiver.

4. Method of Application
It is well known that how you apply the scent (spray, dab, roll-on, or creme/solid perfume) makes an impact on how the scent is perceived - closer to the skin or with greater aura (often called sillage). This of course has a lot to do with the concentration as well.
From my experience, spraying one layer of fragrance on top of another produces poor quality of layering and mingling of the scents. What you'll get instead is the two scents kind of sitting on top of each other without much interaction. The smell will kind of jump from one impression to the other, like a CD track stuck between two notes. After a while, you'll end up with just the first scent noticeable, which kind of defeats the whole purpose. There are several methods I suggest for mixing the fragrances together, depending on the method of application - please note that even though we are aiming for simultaneous application with most of these methods - you still should be applying the stronger or heavier scent first in all these methods.

Spray:
Here you want to employ a simultaneous application, as much as humanly possible. Get both bottles ready with their caps removed. Using your strong hand apply the 1st scent to the opposite wrists, following immediately by the 2nd fragrance. Gently rub the two wrists together so that the scents literally blend on top of your skin while they are still wet (before they get fully absorbed).

Roll on:
Get the caps removed from both bottles. Draw a two parallel lines with the fragrances, and mix together by gently rubbing your wrists. From there you can transfer to your neck, etc. In order to prevent scent contamination between your roll-on bottles, make sure you're not using the roll-on on skin that has scent on it already.

Solid perfume:
With solid perfumes the evaporation is not as critical as with alcohol based fragrances. That gives you a little bit more time between applications (but not enough time to answer emails or go and shower in between!). You could just smear them one on top of each other - and if you are using an applicator that is even give you the freedom to scoop a little bit of each and mix them on your skin the same way you'd blend makeup. This also allows you to apply the scents on many other parts of your skin that don't necessarily rub against each other like your wrists do. I would also recommend applying the two scents on two different wrists and then rubbing them together.

Dabbing (for Extrait or splash bottles):
What's tricky about this method is the high chance of contamination. So dabbing carefully on two separate wrists, or on two close to each other but scent-free areas on your wrists, and making sure the dabber goes back into the right bottles are key. Once you applied a bit of each scent, blend by rubbing your wrists together.

Mixed Methods:
When using mixed methods of applications, use the one that uses skin contact method first (i.e.: roll on, dabbing, creme parfum) and the spray second. Remember to choose your scents carefully - it is still advisable that the first scent is the stronger, heavier, more dominant, and using the ligher, mellower scent on top as to give it a chance to shine at all.

5. Quality and Consistency
Call me a snob, but just like how I don't like creating perfumes by mixing poor quality fragrance oils with top notch floral absolutes from fear of ruining them - I am a bit weary of mixing together fragrances of extreme gap in quality.
Sarah Jessica Parker may have been lucky when she mixed up her high-fashion fragrance Avignon with drugstore and street vendors' musks. It worked for her but it won't usually work well to mix poor quality fragrances with high quality ones - it is more likely going to ruin the good quality scent and bring it down rather than elevate the inferior fragrance. Although when that happens it must feel like pure magic. Without a proper training for your nose, you may have difficulty pinpointing the quality of different fragrances and raw materials separately from the brand image, price, etc. So this is a bit difficult to give you real guidelines for. While I am not promoting using only scents that were made by the same brand - there is something to be said about layering scents that were meant to be worn that way, as in the case of the Jo Malone brand - and even then, I found only a handful of the combinations to be worth while. And of course, these were discontinued (Black Vetiver Cafe layered with Vintage Gardenia with Cardamom and Myrrh). What I would suggest is that you start with layering all natural fragrances, which are more likely to bring out harmonies. Even that would be tricky... The more I think (and write) about it, the more I realize that this rule I've just made up is just screaming to be broken... So I would be more than a tad curious to hear from you what outrageous layering you've been up to. They can be of any brand whatsoever - but whomever wins this luck of the draw contest will receive three mini perfumes that I absolutely love layering: Film Noir, Lovender and Rosebud. I will talk more about combos from my own line in later posts, a series that is dedicated to layering.

To summarize, while as a perfumer, I strongly feel that perfumers should formulate their fragrances in such way that they provide a stimulating fragrance all around, a complete work of olfactory art that does not require any boost from the outside. That is how I design my perfumes, always, and that is how I think it should be done. The idea of creating something incomplete in advance, in order to sell more bottles seems like cheating to me (and I've discussed it before in my article "Layering Fragrance - with Style"). Though it does pose its own compositional challenges and those, I admit, can be fun. Also I do like the fact that it promotes the customer's own creativity and gives them room for playing and expressing themselves through fragrance.