Are niche lines nothing but a very expensive advertisement? The Wall Street Journal examines the phenomenon of the increasing number of niche lines and the real motives behind them. I think this quote from L'Oreal about the Armani Privee line pretty much sums it up:

"(...)the scent remains unprofitable three years after its launch. French cosmetics company L'Oréal SA, which makes the perfume, says it's sticking to the scent because it hopes the cachet around it will stoke interest in Armani's more mass-market fragrances".

I find it utterly disturbing, yet not particularly surprising, to learn that the motive behind the release of such high-end lines is not to make beautiful perfumes for the sake of the art, and the audience who will enjoy them - but simply promoting those many cookie-cutter fragrances that are released in an alarming rate on a nearly weekly basis.

No wonder why the consumers are becoming more and more glacee towards new releases, including those supposedly exciting exclusive lines. There is hardly any soul left in the business. And this obviously comes across and translates itself into dollars. Maybe there is such thing as karma after all.

P.s. Thanks for The Scented Salamander for the link!
Visit the LA Times to read an interesting article and an interview with perfumer Jean-Claude Ellena - about his inspiration, philosophy and work environment. 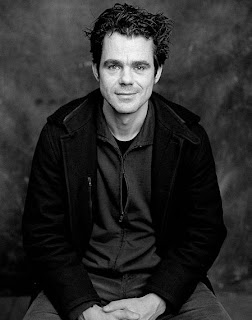 I highly recommend you visit Michael Guillen' The Evening Class blog to read the interview with Tom Tykwer, the director and screenwriter of the film PERFUME.
Guillen talks with Tykwer about synesthesia, the power of smell and music, the twists of fate attached to releasing a film based on a bestseller (and with names that are perhaps too famous), his reactions to the Perfume Coffret inspired by the film, and about the process of transforming the book into a screenplay.

Read our film review and leave a comment there or here - tell us about what you thought of the book and what you hope to find in the movie, and you will be entered to win a double pass to the premiere screenings in Vancouver and Toronto. Don't forget to mention which city you are from as we will be running two different draws for the two cities.

Image from IMDB.com
Back to the top