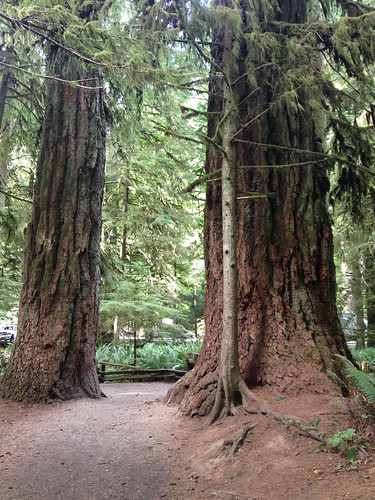 The first days of school are saturated with mundane yet memorable scent of lumbar by-products, namely pencil shavings and sharp new textbooks bound with resinous glue. Cedar's significance goes far beyond paper and pencil shavings. While visiting the Carving on the Edge festival in Tofino - the so-called cedar (Thuja plicata - which is really a kind of a cypress, not from the Cedrus species that you'll find around the mountains of the Mediterranean and the Himalaya) that grows here in such abundance holds special significance to the First Nations of the West Coast. So much so, that some called themselves "Redcedar People". 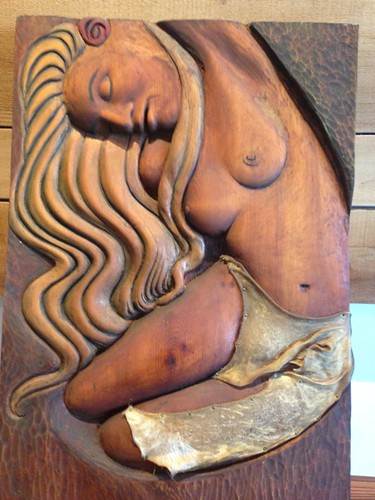 Redcedars are ginormous (65-70m high and a diameter of 3-4m are not uncommon), and live a long, rich life of hundreds and even a thousand years! They tower over the rest of the forest, and provide a home for insects, birds, squirrels and other creatures. In the lush rainforest, you'll observe other foliage gracing their branches like hanging gardens. And when a strong wind finally tips them over, they become a nursing log for new life forms and eventually - other gigantic redcedars. 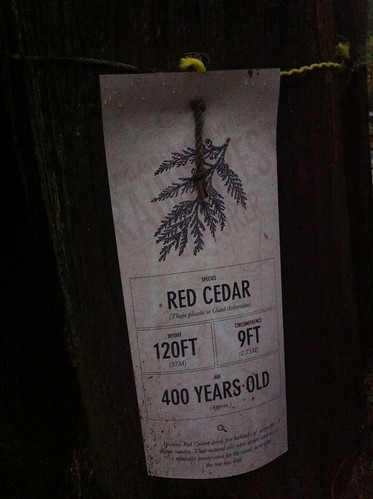 The tree itself in Coast Salish language was called "Tree of Life". It wasn't until visiting Tofino this past week that I really understood why - after all, it bears no fruit or edible parts (this must be my Mediterranean brain at work). For one thing, the tree plays a huge role in the ecosystem: it strives off the nitrogen-rich fish diet from the salmon that jumps upstream, and also dyes them red with its tannins, and also has the ability to filter out toxins.
From a utilitarian human perspective, it is particularly valuable because of its soft heartwood, which makes it easy to carve. Additionally, it has a high content of essential oils that not only make it smell amazing, but also act as preservatives and insect repellent, making the wood last for hundred years if not more! Their durability and rot-resistance are why redcedar is the wood of choice for outer constructions such as homes, roofs, shingles, etc. 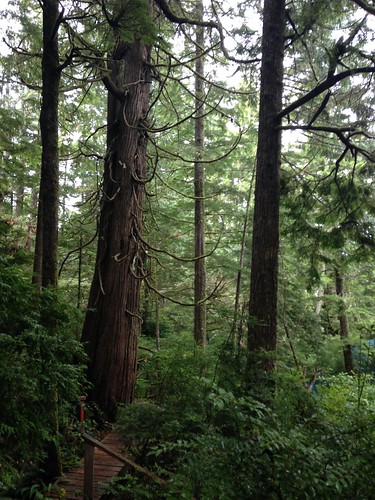 First Nations built and crafted almost anything imaginable from this phenomenal tree, taking full advantage of its lightweight and durable qualities: they would weave water-proof hats and clothing from strips of the bark, as well as ropes and baskets from the younger branches; and long houses and homes from planks that they've harvested from the living trees; and entire old-growth trees (either wind-stricken or actively felled in a special ceremony) were used for totem poles or to build dug-out canoes - including ones large enough to hunt whales. And of course - smaller artifacts such as masks, bentwood boxes, and other tools. Last but not least: the wood would keep you warm in the stormy and damp Pacific Northwest weather (although logs of cedar are notorious for sending out sparks - so watch your fire closely); and the leaves are bundled with sage to make incense wands that are burnt to clear off negativity from the space before the start of a ritual. 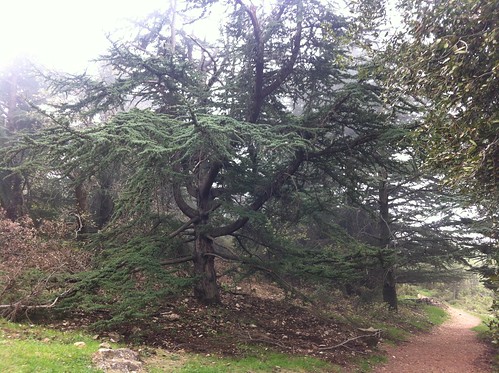 In perfumery, we use all kinds of cedar - true and false. The Cedar of Lebanon (which King Solomon used to build the first temple in Jerusalem) are too sparse to use in perfumery, but are impressive, beautifully shaped trees that grace Mount Meron where they grow wild, and some other hills of Northern Israel, where they've been planted near Saafed. 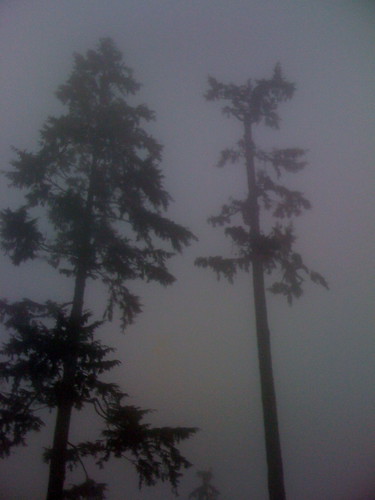 Cedars from the Atlas mountains in Morocco and the Himalayas smell very similar - with a warm, honeyed and slightly animals aroma. The remind me of polished-wood because they're so smooth and precious smelling. The most famous perfume you can smell Atlas cedar wood is Feminite du Bois by Shiseido (now available directly from the fragrance's creative director leading niche brand, Serge Lutens). Among my creations, it is particularly noticeable in Epice Sauvage and Tamya.

Himalayan cedar, which is similar but a little more cool and clean-smelling is what you'll smell at the base of Indigo (which, incidentally, was listed among Basenotes' 500 Greatest Modern Perfumes). You an also experience it at the base of Jasmine Pho and Fetish (which also has another coniferous favourite: Fir absolute). 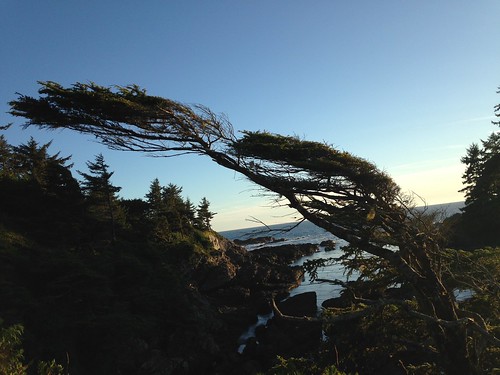 Japan has its own unique conifers, and its own version of cedar - called Hiba (AKA Japanese cedar, false arborvitae or Hiba arborvitae). Bon Zai perfume portrays a miniature forest of windswept cedar and pine, in the best Japanese tradition. Minimalist yet haunting, the familiar notes of Virginia cedarwood, juniper and Scotch pine are joined by more exotic Japanese oils of mandarin, oud and shiso leaf. In a new version I've been working on this afternoon, indigenous Japanese woods will enhance the authenticity of this fragrance - namely Hiba (Thuja dolabrata) and Hinoki, AKA Japanese cypress (Chamaecyparis obtusa). 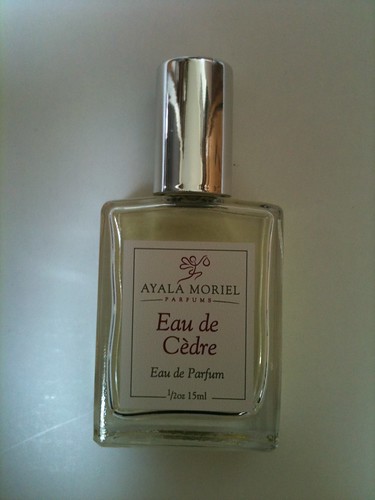 The so-called Virginia and Texas Cedarwoods are really juniper trees (Juniperus virginiana, AKA Easter Redcedar). Their aroma is similar, but much milder than the Western redcedar. The Virginia kind has a particularly soft and rich, warm, smooth dry down that makes it second only to sandalwood. I've used it as a key note in Eau de Cedre, an eau-de-cologne type fragrance with a woody anchor and distinctive dry, spicy tones. But you'll find it in many others of my creations, such as Rainforest, in which the Virginia cedar is subtle, and makes a subtle backdrop for coniferous tree and dewy foliage - recreating the experience of a walk in the woods. Espionage, on the other hand, is cedarwood chests, cedar-flavoured cigarettes, but most of all: logs of campfire, out in the woods, or even better - on a stormy beach to warm you up after surfing the chilly Pacific. 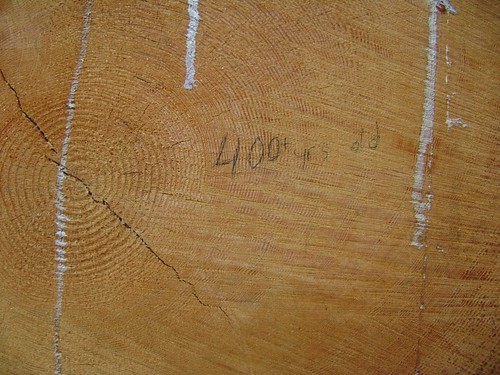 Essential oils from the Western redcedar have only joined the perfumer's palette some 3-4 years ago, and I've used it in Blackbeard Oil, and more recently - in a new perfume that captures the magical scent of the Pacific rainforest floor on a warm, sunny autumn day: a most peculiar scent that anyone who loves the forest and lives around here is fond of and most familiar with. It smells a bit like how you'd think Chypre should smell; but is also with resinous-sweet ambery undertone to it. I'm pleased to say that I've been able to capture it perfectly; but I do need your help naming it. Non of the names I've thought about seem right: it's not "Pacific Amber" and it's not "Emerald Amber". The name "Arbor Vitae" sounds too arcane and serious (and I'm worried no one would understand it at all). And then names of places where you can experience it - such as Stanley Park (where I first experienced it) or Gold Creek (which alludes to its warm, golden aroma) - just don't sound authentic enough. Neither truly brings across the wild nature of this fragrance, and its strong connection to core of Pacific Northwest natural life, where Hishuk Ish Tsawalk was the law of the land and . Besides - you can smell it on a sunny day almost anywhere where redcedar, Douglas fir and Western hemlock live, and that covers a rather vast chunk of land... So let there be a naming contest, and the winner who emails me (or leaves a comment on this post) with the best name suggestion by September 30th will receive a 15mL bottle of this yet-to-be-named forest elixir!
Redcedar links for further reading:
British Columbia's Tree Book
UBC's Indigenous Foundations
VanDusen Garden
Back to the top