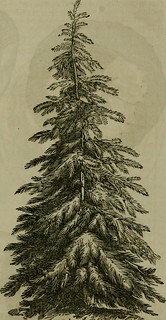 Another gem from the stash of decants I received from Joanna is vintage Devin cologne by Bernard Chant for Aramis (1978). It was a FiFi Award winner that year, which was well deserved. I've never even heard of it, and wasn't really drawn to even trying it before I got on this roll of trying out masculine scents. But when I finally did, I was in for a most pleasurable ride, and a long-lasting at that as well.

Devin is that fabulous meeting point between resinous and green. It may seem familiar to us residents of the 21st Century; but back in the day when green icy florals and soapy Chypres reigned supreme (No. 19, Ivoire, Private Collection) this must have been an original.

Whenever I got out of the rustic village and visited my grandparents in their modern Tel Aviv apartment, I would be treated with the most luxurious bath in my grandmother's best tradition: foam bath in her blue bathtub. Into the warm running water (ours had to be boiled stove-top in a kettle!) into which my grandmother would drizzle generous amount of an acid-green fragrant liquid from an emerald-coloured plastic bottle to create rich lather the consistency of meringue. I would build mountains of this cream on top of my head and pretend to lick it off like ice cream. Naturally, it smelled of pine needles in the most heavenly way. And that fresh-yet-sweet, resinous scent is what the opening of Devin smells like to me.

Its body reveals sweet galbanum resin, which while still green smells unquestionably sweet, and more like a confection than something you would put in your salad (FYI: galbanum oil smells like parsley on steroids), and there is pine-y yet balsamic frankincense that extends the evergreen notes and melds them seamlessly into the obvious undercurrent of amber that's flowing underneath. If you pay close attention you'll also notice there is quite a bit of jasmine hidden in the heart, harmonizing these seemingly unrelated elements of evergreen forest and frankincense and sticky amber. Later on, spicy notes of cinnamon and cloves emerge as well, but they are not obvious at all - they just add warmth, and also an aldehydic lift to the composition. They are rather light in both dosage and character.

While the sweetness places Devin in a rather feminine territory of amber orientals, there are also other elements that make it also masculine, besides the lovely pine. There is a dry leathery base note, hint of dry, acrid oakmoss, dry cedarwood and phenolic herbs (thyme, artemisia). Compare that with Obsession though (armoise, tagetes), and you'll notice that the two are alarmingly similar not just in smell but also in their notes. The ending note is a smooth, natural vanilla-amber, a surprise for a masculine, and even more so surprising is how un-boring it is. Ambers can easily become flat and redundant. But when true vanilla absolute is used, and some contrasting elements such as dark patchouli (even if in the tiniest amount), this can't be farther from the truth.

Devin is one of those rare things: a masculine fragrance with absolutely nothing about it I do not like.   With so many of them there is a phase I wish I could fast-forward through or skip altogether (the top notes in Polo green, for example, are a bit much and I wish I could lower the volume a bit until the dry down begins to kick in). Each phase in its progression is delectable, yet calling it a crowd pleaser would do it injustice. It's unique and to me seems ahead of its time, a precursor for Obsession (1985) and predicting modern, unusual fragrances that choose to treat the note of galbanum as a rich, incensy or even foody manner rather than the bracing cut-grass and soap that Yohji (1996) and Incensi by Lorenzo Villoresi (1997). Serge Lutens' much later Fille en Aiguilles (2009) has a similar structure, only here galbanum resin is replaced by the jam-like, resinous-sweet fir absolute.