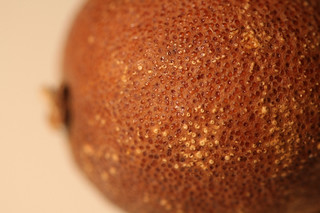 Cuir d'Oranger by Miller Harris intrigued me greatly the moment I sampled it at the flagship boutique in London. The memory of it haunted me until I was able to procure a decant some years ago. And it is much later that I got around to really sit with it and experience its personality uninterrupted. In retrospect, I realized that it is really its similarity to Feuilles de Tabac that intrigued me in the first place. But Cuir d'Oranger is nowhere near as complex and fascinating. I also misread the name as "Cuir d'Orange" (without the "r" in the end), which would mean leather and orange, rather than bitter orange tree and leather. So unlike others, I was not at all disappointed that it smelled like leather rubbed with orange skin.

The opening is that of dried, cured tobacco leaves soaked in aldehydic orange oil. There is only a blink of green from petitgrain (the leaves of the bitter orange tree), and then you notice the violet and cedar character of ionones diffusing warmth in the middle and softening the appearance of jasmine, which juxtaposed with patchouli could have come across as a hippie concoction from the 70s, but in reality is so subdued and is just there to create more body and bridge between the dry, woodsy tobacco theme in the base and the oily, waxy aldehydic top notes. At the base the dried tobacco leaf note is amplified with patchouli and vetiver notes and only the merest hint of tonka bean or coumarin, to offset the tobacco flavour and give it a more palatable taste.

All in all, Cuir d'Oranger is the more sophisticated younger sister of English Leather: less soapy, less coumarin-y, and with more accent on the orange zest rather than its leaves. The orange in question is a sweet orange at its most waxy, oily, aldehydic self, paired with a super dry tobacco and woods base, and a subtle floral softness in the heart. The orange blossom is only a suggestion, while the violetty notes of ionones creates a statement that is delicately forceful but definitely powdery, green like tomato leaves and clary sage, and along with the vetiver and patchouli alludes to the tobacco leaf as it changes colours from green to brown.

Other reviews of interest:
The Perfume Critic