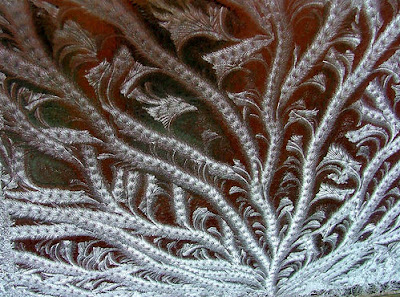 Parfum Sacré is a majestic marriage between the Sacréd and the sensual. Through a veil of incense smoke and dark peppery dust and voluptuous rose emerges blushing.
The scent wafts around like threads of incense smoke – myrrh, frankincense, pepper and dry rose. Rather than the powerhouse of condensed resins and spices that so many orientals are famous for, Parum Sacré wrapes arounds, wafting in and out as it envelopes you with its dream-like quality.

The rose evolves backwards – instead of blooming, drying and dying, it grows out of the smoke and becomes younger, as if the petals’ thirst was clenched by the mere action of applying a perfume. Perhaps it is your own moisture that is now watering this green, lush rose, with its crisp dewy petals – as notes of violet leaf and iris make it even greener.

p.s. It’s hard to believe that this creation by Jean-Pierre Bethouart for Caron has happened so recently – 1990. But at least something good happened in the 90’s perfume wise and is still with us!

p.s.s. I have a soft spot for Parfum Sacré and loved it right away, because it reminds me of the dry down of my first perfume, Abishag, from the Israeli Museum. The latter was, unfortunately, discontinued. The top notes also reminds me of my own Fete d'Hiver (also a spice-incense-and-rose-scent, but the total dry down and evolution is quite different).