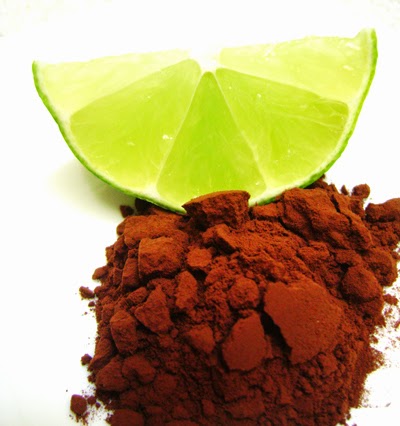 Happy 5th of May to those of you celebrating Mexican culture and heritage today!
There are such distinctive aromatics associated with Mexico's vibrant culture, that I've decided to put together a few notes about key ingredients, scents and flavours and combinations that are unique to Mexico.

Cumin - or Cumino in Spanish (Cuminum cyminum) is a seed from a plant from the Umbelliferae or else known as Apiaceae family (related to anise, fennel, carrot - among others) with a unique scent of cuminaldehyde that gives its distinct oily-sweaty personality. It's taste is a little bitter and pungent when unroasted, and nutty and more delicate when roasted, pan-fried or toasted before cooking with it. It's an inseparable part of many Mexican stews such as chilli, re-fried beans, salsa and more. Now, cumin is not exactly unique to Mexican cuisine - but how it is used is: combined with substantial, hearty falvours such as chocolate and vanilla in bean dishes, or sprinkled together with raw onion and freshly chopped peppers, tomatoes and tomatillas - this is a very distinctive way of experiencing this musky seed.

Vanilla (Vanilla planifolia) - isn't it interesting that both vanilla and chocolate originate in Mexico? This magical orchid produces a fruit only if pollinated by a tiny bee that is native to North America. Therefore, at first the plantations in other tropical islands (such as Madagascar, now the largest producer of vanilla) were grown. Vanilla anywhere else but in Mexico requires hand-pollination, which is meticulous, and is one of the main reasons why vanilla is so expensive. Mexican vanilla is different from other crops, having a very rich, full-bodied flavour that is more fruity and smooth than its almost woody Madagascar specimens. And vanilla from Tahiti is a different orchid altogether (Vanilla tahitensis), and also grows in Papua New Guinea - resulting in an even sweeter, more powdery profile (due to the presence of heliotropine). What's unusual about vanilla in Mexican cuisine is that it's used in savoury dishes, (see below), not just sweet ones. It may sound a bit weird at first as we're so used to vanilla being equal to dessert. But it has a very deep flavour, and if blended with the right elements will enhance most flavours, really. Try using it in bean stew or soup, and taste for yourself!

No wonder Cacao (Theobrema cacao) had its own god in the Aztec mythology. It's got such a powerful unique flavour, aroma and texture - at once earthy, buttery, smooth, bitter... The Aztecs made an elixir of cacao cooked with vanilla and spiced with chilli as a ritual energy drink that was used ritually (and mostly by royalty). Cacao adds vigour, passion and depth. In Mexican cuisine, it's added to bean dishes. Inspired by Mexican cuisine, I make a "Chocolate Soup" which is basically a black bean soup with cumin, chilli, vanilla, raw sugar and sun dried tomatos. Sometimes I add a bay leaf or two for extra spice, or a small piece of cinnamon bark. This balancing act between savoury and sweet, salty and bitter was captured perfectly in the wonderfully addictive perfume Anima Dulcis, where cocoa, vanilla, cinnamon,

Lime (Citrus limetta) is an unusual citrus, with both woody accents (from pinene) and milky, almost coconutty notes (from the coumarin). Again, it's that particular type of citrus - as opposed to the usual lemon, that sets off the other flavours and gives them a unique character. I've tasted plenty of cumin before - say, in a beet salad, with plenty of lemon juice; but that lime (and raw onion...) take it to a different world. The New World, perhaps?

And then there's Tequila: I'm certainly not a fan, but there is something to be said about the peculiar clash between salty and citrusy-fresh that's present in Jo Malone's weird Blue Agave & Cacao. Is a bit of an oddball - mingling the illusion of saltiness with a dusting of cocoa, and a full squeeze of lime.

Cilantro is usually what we refer to as coriander leaf (Coriandrum sativum) but in fact is the Spanish word for coriander. It is yet another flavourful Umbelliferae, with many versatile uses in cuisines around the world. The seeds don't seem to be used in Mexican food as much as the leaves - those are chopped up and added to fresh or cooked salsas, and complements the oiliness of avocados in guacamole. It's also goes extremely well with fish, setting off the fishy aspects with more vibrant and fragrant counterpoint. The aroma of cilantro leaf is a little green and at the same time soapy. Some swear by it, others can't get any near it. In perfume it has a rare use though the essential oil has the vibrant green qualities of the fresh leaf and are very appealing from a perfumer's point of view - it's hard to bypass the polarizing reaction and strong culinary association that it tends to elicit.

Flor de Jamaica is the popular name in Mexico for the flowers of hibiscus commonly called Roselle that is native to West Africa (Hibiscus sabdariffa). Both warm and chilled tisanes are made from it, and are very popular year around. In the winter, they provide protective vitamin C against colds, and in the summertime they are a cooling, tart beverage like lemonade. It also reduces blood pressure. If you want to enjoy hibiscus flowers in a unique way, pay a visit to O5 Tea Bar, where they will serve you candied hibiscus buds to go with your tea; and Terra Breads bakery or cafe for a memorable bite at their tart and vibrantly red hibiscus macaron!

Choisya (Choisya ternata) aka "Aztec Pearl", Mock Orange or Mexican Orange is an evergreen shrub from the rue family, that blooms copiously between April and June.The flowers contain a simple anthranilate which gives it a scent not unlike orange blossom - though also with underscores of vanilla or heliotropine. There was a wonderful candle by Diptyque with a Choisya scent.

Tagetes, aka Aztec Marigold (Tagetes erecta) is called in Mexico "flor de muertos" (Flower of the Dead) and is planted in cemeteries and used in rituals and ceremonies on November 2nd, which is Day of the Dead (Dias de los muertos). Interestingly, it is associated with death in several other cultures such as Honduras. The flower's intensely yellow-orange colour is due to the presence of sulfur in some of its compounds. The sulfur also gives it interesting medicinal qualities against several types of airborne germs, making it particularly effective for various skin infections (dermatitis, acne, rashes and more). In sustainable and traditional agriculture, planting marigolds next to certain plants (for example - tomatoes) will protect them from nematode pests as well as aphids. Marigold flowers also taste delicious in salads, along with tomatoes, lemon, olive oil and green onions. Marigold rarely find its way into perfume composition - at least not as a major player (except for in Liz Zorn's now defunct Chrysalis). There is a hint of it in Obsession, though. It's a peculiar note with opening note of green apples and pheromones, and that fades later into dried hay and herbs scent. It mostly finds use in flavouring to add a natural fruity nuance.

Tuberose is also native to Mexico, and the Aztecs called it Omixochitl (Bone Flower). This relative of the narcissus flower has tuberous bulby roots (the name has no connection to rose, and neither does the scent), and like the Choisya, it also owes much of its unique scent profile to methyl anthranilate, as well as salicylates (which give it a medicinal character) and paracresyl methyl ether which gives it an animalic, almost leathery quality.

Capsicum is the chemical that gives peppers their heat. And in Mexico there isn't just one type of "hot pepper" - there are myriads of them, from the milder poblano peppers which lose most of their heat in cooking but leave a wonderfully deep pepper flavour behind; jalapenos, and smoked-dried jalapenos (aka chipotle) to the lava-heat of serrano peppers - enough to burn a hole in your tongue! Peppers also have a unique aroma, not as sharp as it's other nightshady sister the tomato, but still recognizable. Paprika Brasil did not do it justice; but I've been always intrigued by how it was presented in l'Artisan Parfumer's Poivre Piquant.


My own interpretation of the rich flavours and textures of Mexico's cuisine seems to only scrap the surface of this rich culture full of intriguing aromatics. In Lime & Cacao limited edition OOAK perfume: Contrasting colours of lime green against deep brown are the centre of this playful fresh gourmand. Inspired by the Mexican way of treating chocolate, Lime & Cacao is more piquant than sweet and balances the richness of South American balsams with zesty lime and mineral and melancholic Blue Cypress from Australia.

I'm now inspired to create something with unusual note combination such as marigold, orange blossom, tuberose, vanilla and hibiscus. Hmm...
Back to the top