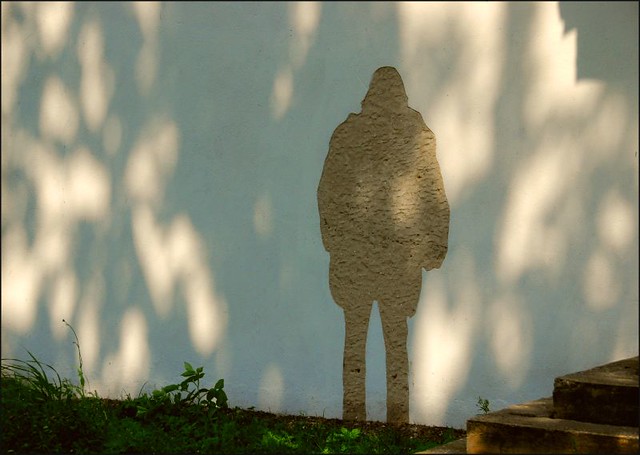 Absence leaves a negative space that at first feels like a soaring pain. The silence hurts the ears and sends shivers down the spine like creaking chalk on a blackboard; the empty seat is a constant reminder of anticipation for something that cannot be. Every bit of the routine when that person used to participate has the sense of a phantom presence - the mind fills in the gap with an internal dialogues and scripts.

This void is painfully palpable when it has a trail of scent behind it: A grandparent's scent in their home after they've passed away, lingering after their last breath was exhaled - reminding of the life they've lived, the food they cooked, still nourishing those who are left behind; A lover's scent on their pillow or the scarf they've left behind.

Whether if the person's return is anticipated or not makes the perception of it either immensely painful or pleasurable (though the latter in a bittersweet way). What used to be a comforting, nostalgic perfume that creates the illusion of closeness to grandma, now pinches the heart because she is now gone.

But if the hope is there - I savour every bit of Eternity that clang to the T-shirt that you forgot to pack, and more importantly - your own smell that is hiding underneath. And I am afraid it will disappear every time I smell it. I'm wondering if you'll return before it loses its scent completely. Yet I'm consoled that at least in your suitcase there are the healing oils that will accompany you on your journey. Scented things that maybe will make you feel like I'm by your side sometimes.
Back to the top