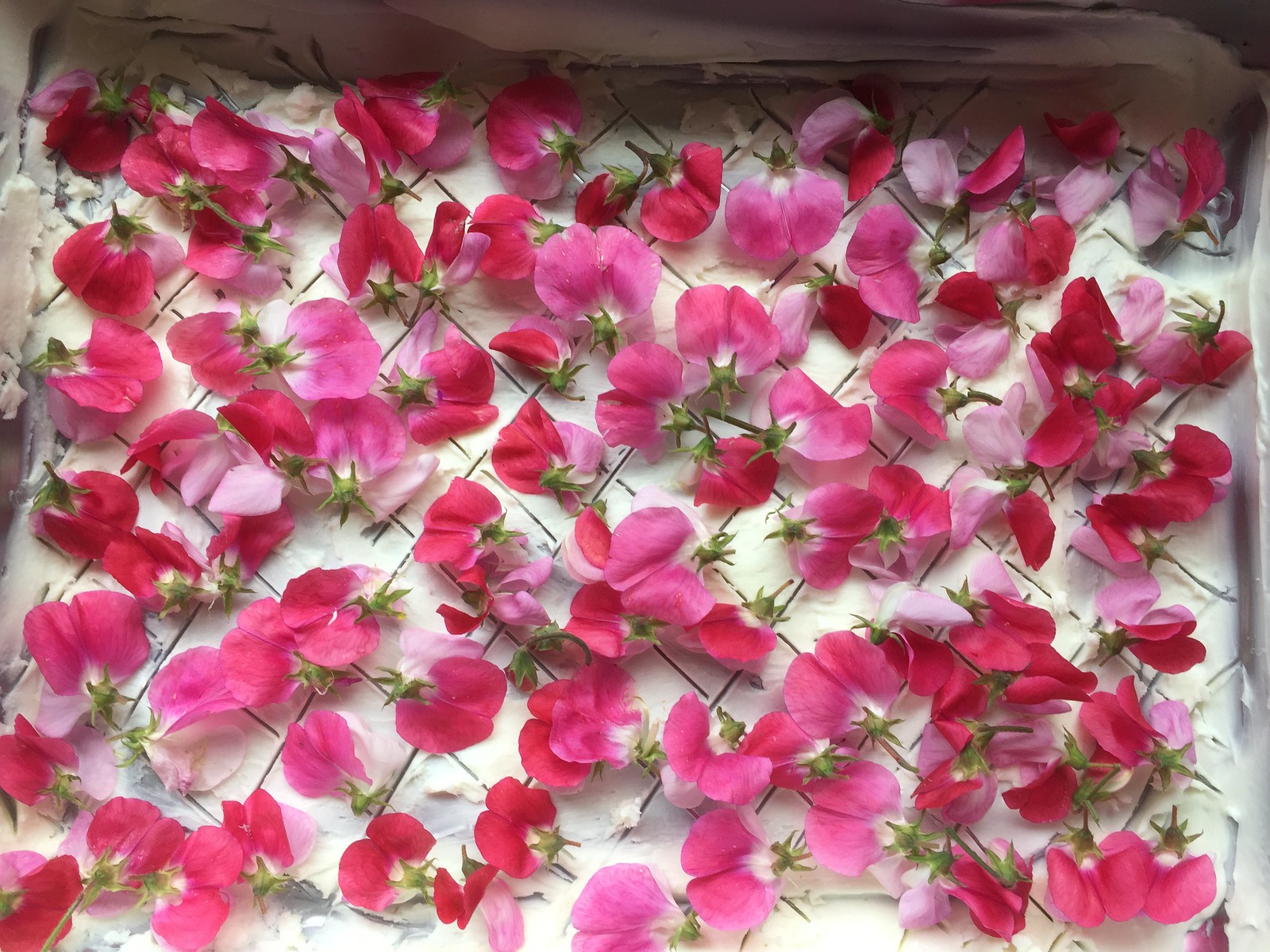 This spring has been unusually cold and rainy, which meant longer sweetpea flower season. Despite many delays between rain showers, waiting for the flowers to dry, I was able to collect impressive numbers of flowers for several recharges of the enfleurage tray. I think this is by far the strongest enfleurage I've been able to make. I am waiting for some more flowers to dry tomorrow and collect some more flowers for another couple (or more) of recharges before I move this into the alcohol extraction phase.
Although the fresh sweetpea flowers hav ea very delicate and slightly lemony notes, the recharged enfleurage brings forward some more almonds notes. I think it will be really delicious. 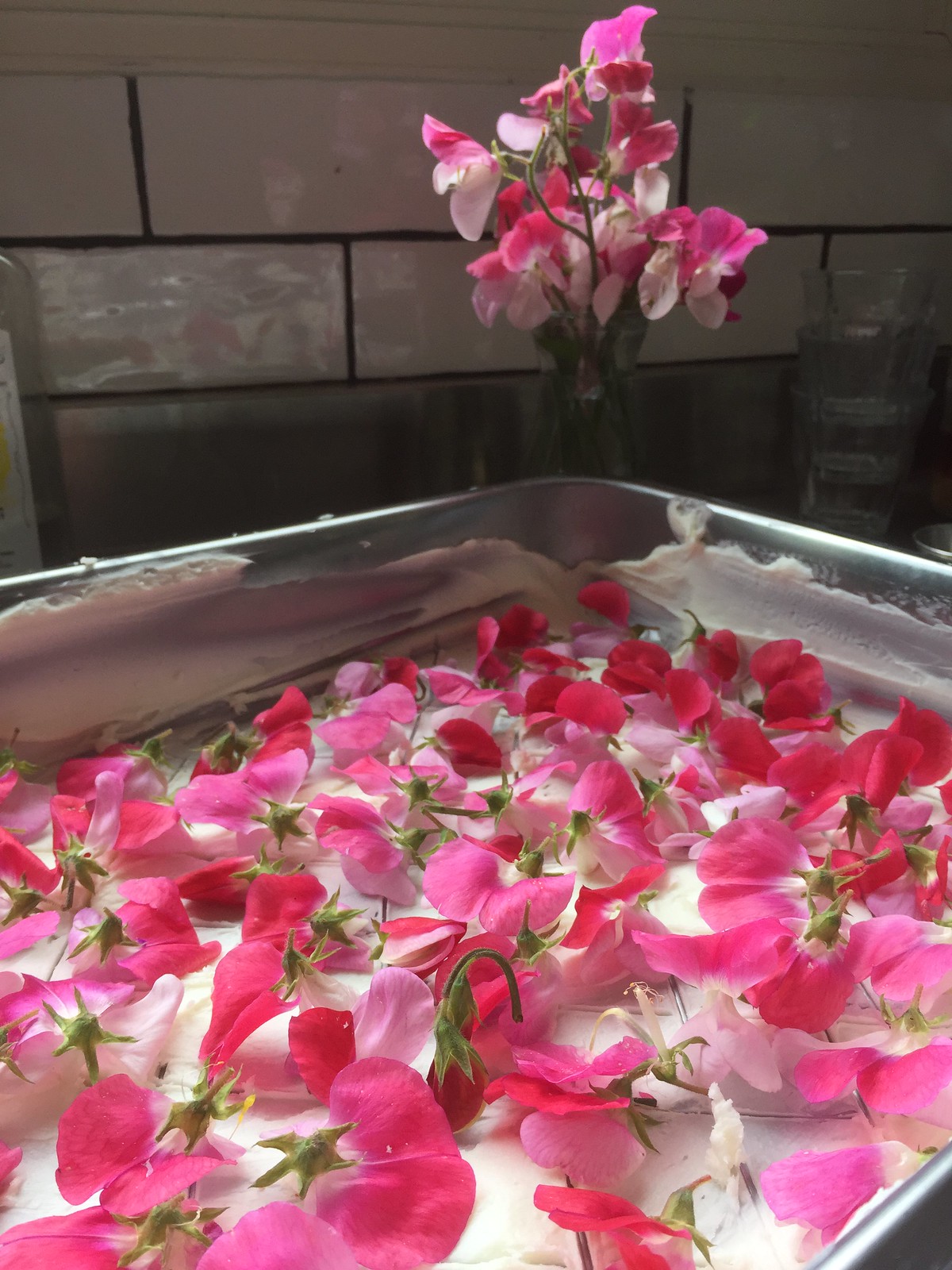 Meanwhile, I have been able to make a very meagre amount of wisteria flowers blossoms, because the nasty beetles have eaten most of them. And I didn't have that many clusters to begin with. I'm afraid this was not a successful harvest - but it's the first season for this vine (I only planted it a few months ago). So next year will be better.
With my enfleurage skills slowly picking up, I am sure I will be able to make broom enfleurage this year. Although it's just another one of the same family as sweetpea, spiny broom and wisteria - each has a different aroma and its own value as a perfume material. The spiny broom was super frustrating as something always went wrong and it is very about intense (and painful) to pick it. After I tried the second time and finding tiny bug droppings everywhere, I decided to give up on that botanical, at least for the time being. Way too much work and very little results. Really looking forward to work with the other fabaceae enfleurage results and composing with them though!
Back to the top