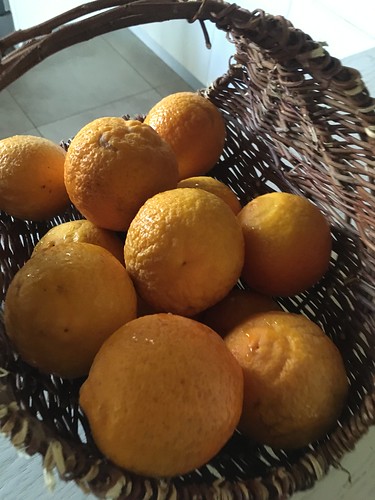 Anything can become an obsession. Even marmalade. This translucent, jelly-like sunshine-in-a-jar has become such an institution in English afternoon tea and continental breakfasts that entire festivals and competitions have been dedicated to it. Seeing that I have a Seville orange tree (AKA bitter orange) that is never completely used up, I set up to prepare some marmalade for the Purim's treat-kits (Mishloah Manot) which is a tradition of giving your neighbours and friends a little care package with baked goods, sweets and wine. Kinda like the opposite of Trick-or-Treating for the Jewish carnival-like holiday of costume-wearing and getting drunk beyond all logic. 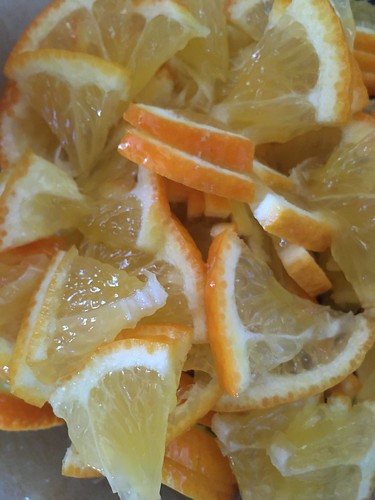 I've tried several reliable recipes, online and offline, which promised no need for any added pectin for the marmalade to set. Supposedly, such jams, which contain the skins, seeds, pith and juice of these bitter-sour  suckers would have all you need to make such spectacular marmalade, and the only thing added would be sugar (in lesser quantities than those needed for pectin-boosted ones). I have used some recipes from online, some recipes from The Joy of Cooking. I won't share a recipe here because non of them succeeded under my hands to deliver the desired effect without adding pectin. Nevertheless, they have become translucent and very delicious. But most did't at all set. Those who I was able to give them to before the holiday (which was followed closely by the Coronavirus instigated country-wide lockdown, beginning in March 15th) immensely enjoyed them. Some remained in my home because I wasn't able to deliver them all in time; and instead were given to the post office clerks who helped me ship out orders in the beginning of this strange, new era.
I made some with only seville oranges and a little lemon; some tinged with rosemary sprigs; and others with a mix of pink grapefruit and seville oranges and a little lemon (the latter is notorious for its high pectin contents). They were all delicious. But didn't set without pectin. Some I use as syrup to top ice creams or drizzle on pancakes. Or on Pannacotta. Or rice pudding. Or Malabi for that matter. Any kind of neutral desert that can use some brightening and tangy contrast would be great as a backdrop for this liquid sunshine. The ones that I used pectin for were mostly given as presents. Except for that one that I sent to my grandma via my mom (a whole 1 Liter jar) which she forgot to give and carried it in her handbag all the way back from Tel Aviv to Clil via train; probably one of the last trains before the lockdown). 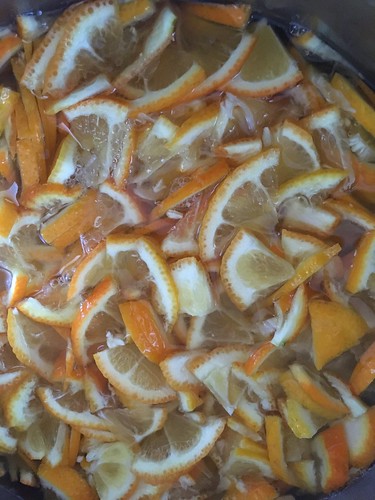 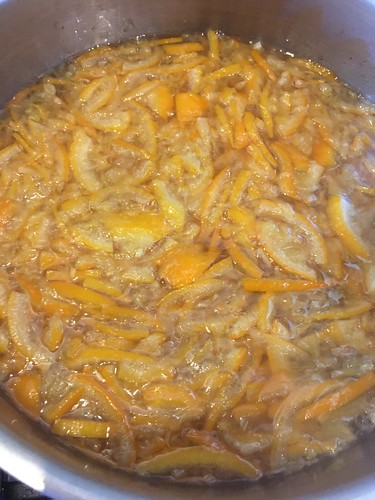 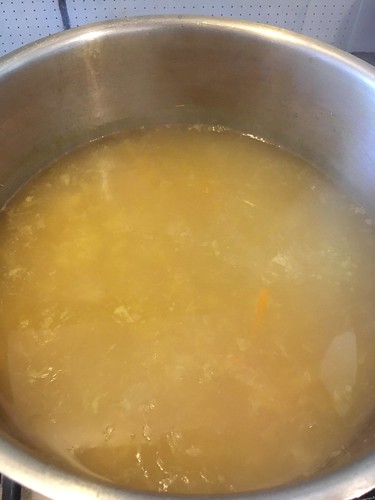 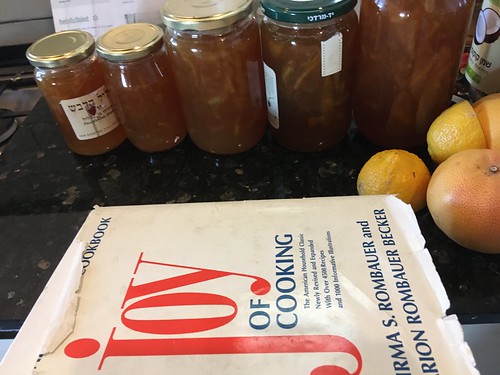 I'm including photographs for your enjoyment. When I qualify for a Marmalade festival submission maybe I will also share a recipe. For now, please try the ones in Joy of Cooking
(which I'm sure are the ones my grandmother used to make hers - she always made the one with mixed citrus - orange, lemon and grapefruit) and let me know if you managed to make it set. 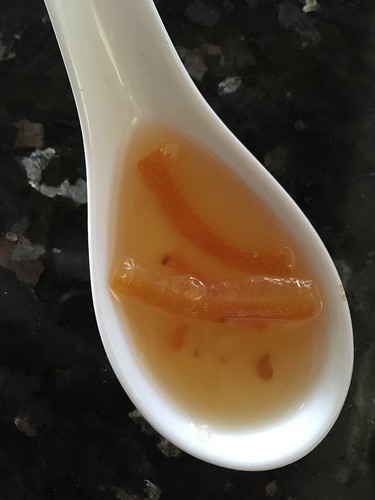