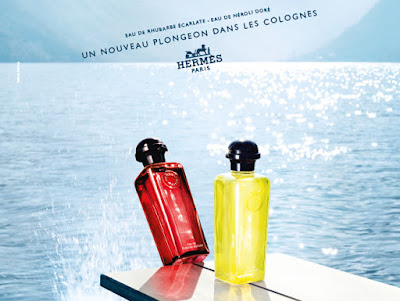 It seems like ages ago since I've written anything about perfume shopping. And the reason is because there wasn't any. Aside from the fact that I don't NEED any perfume and the financial burden of overseas relocation and home renovation - we now live in the COUNTRYSIDE. And the only thing resembling a perfume shop in it is my very own perfume studio.
But recently Miss T and I were able to poke our snouts out of our little cave and go perfume shopping again. The spark that got me sucked back into this activity after such a long period of hibernation (or is it celibacy?) was a new shop that opened in the nearest mall, which carries some niche lines such as Penhaligon's, Tom Ford, Tocca, Initio, Reminiscence - and now I see on their website that they also carry some of l'Artisan Parfumeur's, Aerin and Atelier Cologne fragrances. Their definition of "Boutique Perfumes" is a little unclear sometimes, but in any case it is good to see that perfume shopping in Israel has expanded its horizon a little beyond the designer fragrances, at long last... Today I even stopped at the drugstore and was almost overwhelmed by the amount of lines that I'm unfamiliar with that crowded the shelves, as well as a couple of scents that you'd never see in Canada (Chanel's Egoiste, and Dior Homme Extreme come to mind).
Anyway, what I really I wanted to tell you about is how Miss T, at her mere wee girly naiveté, woke up yesterday morning inclined on going perfume shopping for "Kitty Cat Perfume". I always dreamt of the day she'd do that (ask to go perfume shopping, not ask for Hello Kitty perfume - we need to be absolutely clear about that). So we went and thankfully for me, there was no Hello Kitty perfume in that shop. But there were many others which I tried, such as Reminiscence Patchouli on my left wrist, and Patchouli Elixir on the right one (the original is better, and also doesn't come in a hideous gold-plated bottle). And also, Miss T, after not finding any cats to spray on her wrists, ended up specifically picking one of the Hermessences eau de colognes. Last time we were there she tried the red one. This time she carefully sniffed both the red and the yellow, and picked the yellow. If you don't know Miss T, you don't understand the significance of this. This girl lives in a RED world. And if it's not red, it has to have some red in it (orange or pink, or at least purple). But no, she picked the "Yellow Pee Pee" perfume. That's right. And then we went to eat ice cream.
And then (lo and behold), the moment every perfumista dreams of, but also hopes would never happen to her daughter: the girl obsesses over the perfume even while at the ice cream parlour. So we go back to the store and when asked which one she wants she explains "Yellow PeePee Perfume" once more yet she grabs another very similar yellow bottle by the same brand. I want to make super sure she knows what she wants, so I let her smell both "Yello PeePee Perfumes" side by side, and she decidedly goes for the one she tried earlier on, based on the smell.
I don't know if most of you realize which kind of a breakthrough this is in terms of communication. Odour perception is hard enough to describe for neurotypicals. So imagine how even happier I was when she mentioned her "girl perfume" (which is how she called her Le Petit Prince Eau de Toilette - she thinks he looks like a yellow hair girl). It is also citrusy, so I was just over the moon that she can communicate the similarity and recognize the citrusiness they both have in common;  even though that's a lemony fragrance, and the one she chose now is more about neroli. 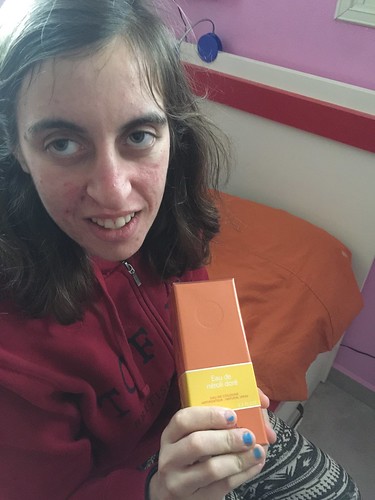