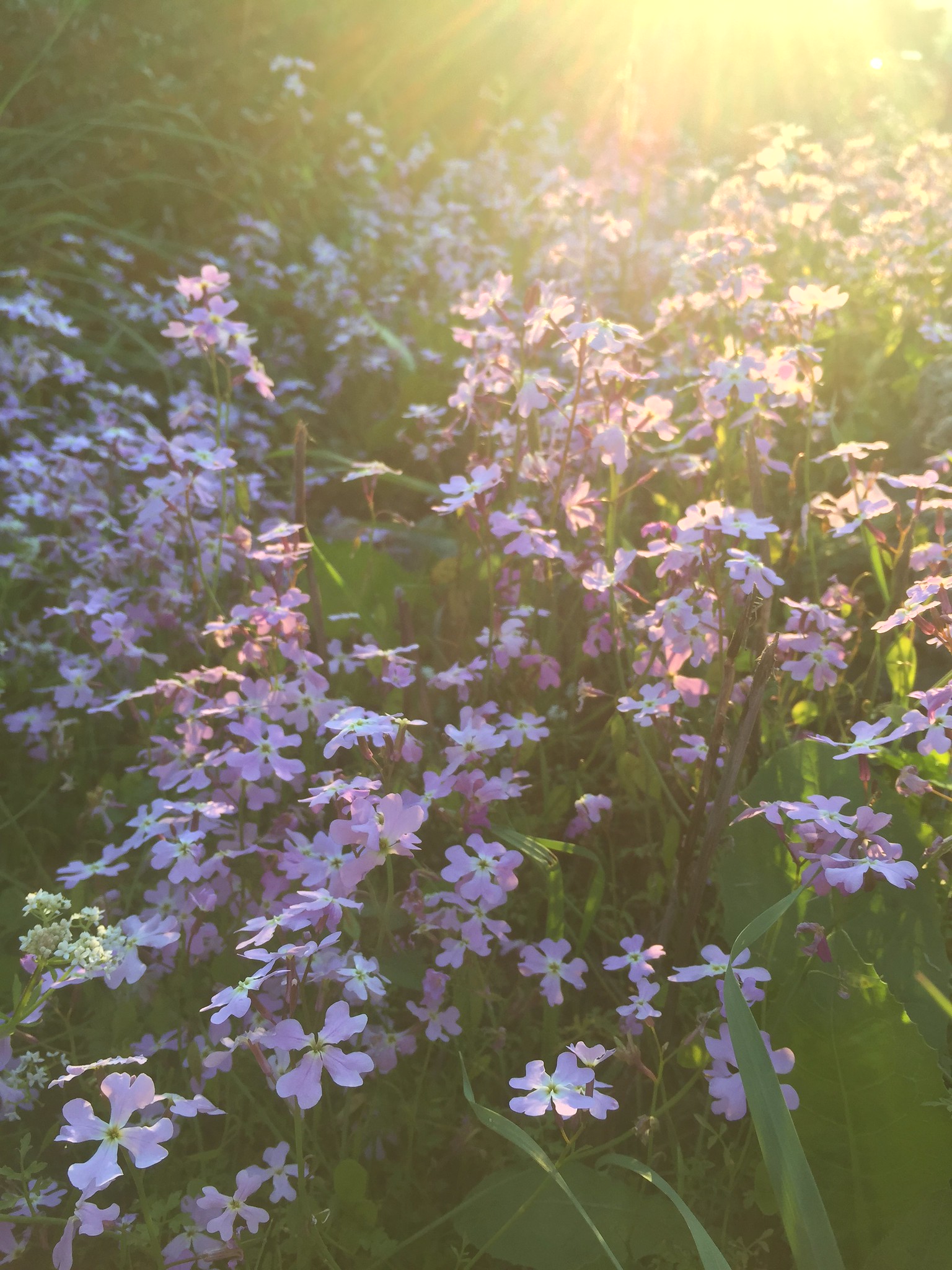 Carmelit (Ricotia lunaria) כרמלית נאה is a delicate flower from the Cruciferae (Brassicaceae) family which grows in large groups and blooms in late winter and early spring. If you look at an individual flower alone (which is rare, because it always grows in large groups), it does not stand out at all, expect for its definite crossed-bones-like shape. It is named after the Carmelite order, which was established on Mount Carmel in the 12st Century (the same order also invented the famous Carmelite Water), whose symbol of a cross with heart-shaped tips it resembles. Other English names for the flower are Maltese Cross Ricotia (whose cross it also resembles) or Egyptian Honesty.
The flower is endemic to Israel and Syria (which means it grows nowhere else by these two countries - in Israel it grows only in the north of the country). Because these plants grow together, their blossoms cover large areas creates an impressive effect like floating purple haze above the ground. Which is nothing short of magical. Another aspect which is not any less magical is their fragrance: a delicate perfume that is the epitome of wild flower fragrance, reminiscent of night-scented-stock with hints of carnations when it's sunny, and becomes almost too heady on dry and hot spring days; and becomes all delicate, demure and cold-flower-smelling at nightfall.
Here are a few more photos, which will hopefully transfer some of their magic despite the fact that their scent is inimitable. 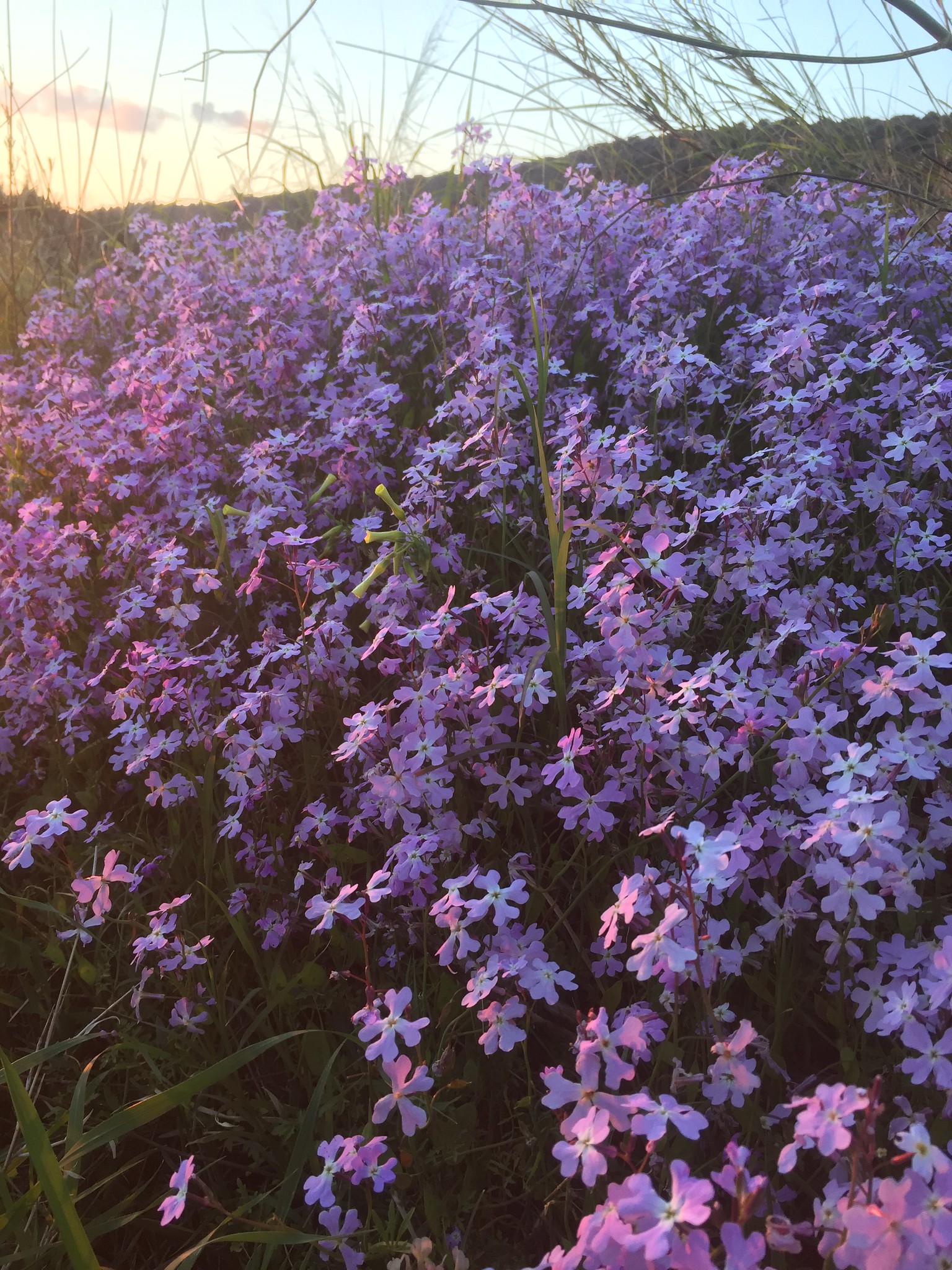 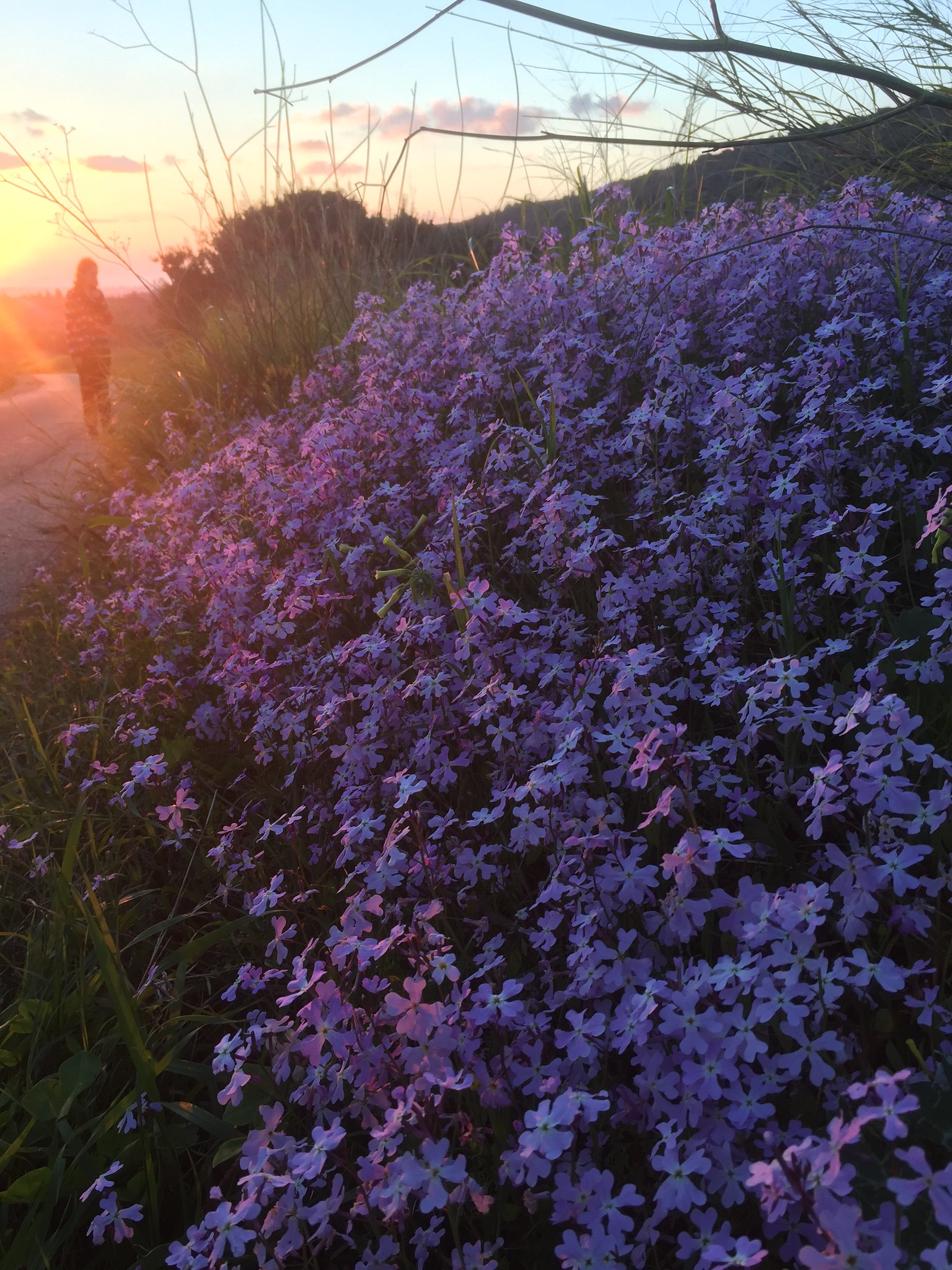