Home / SmellyBlog / Lavender in the Kitchen

CULINARY USES OF LAVENDER
Lavender is a popular even if unusual and difficult flavouring component of both savoury and sweet dishes, pastries, liquors and teas. There are two major culprits to lavender: it's soapy associations, and it's bitterness. The latter would seem to makes it an easy addition to pastries and sweet preparations - but even then it can come through if not dosed carefully! Another way to mask bitterness is with a bit of salt. And, it also has a very big personality on the palate - which it does not have in perfume.  Consider this a warning!

Last but not least: the type of lavender used is of crucial importance. Lavandin is especially bitter, while true lavender (Angustifolia) has a more delicate and palatable aroma. You'd be amazed how much of a difference that makes! 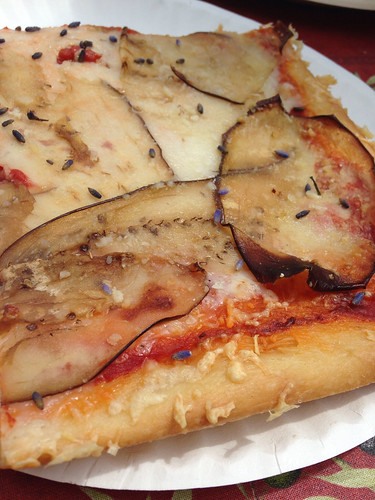 Lavender is surprisingly not that popular in its native France. The famous blend titled "Herbes de Provence" (along with rosemary, thyme, savoury, oregano, etc.) was a marketing invention of a spice merchant that was well received anywhere else but in its namesake region. Lavender seems all delicate and proper; but it really is a big, demanding monarch when it comes to flavouring. Pair it with other big flavours such as yeast dough and rosemary to create a more rustic feel, as in Pure Bread's fantastic lavender-rosemary-honey whole wheat bread. Perhaps that's why it works so well with chèvre (goat's cheese) and with honey - big flavours that instead of competing with each other (as they would with anyone else) - they create a complete, sophisticated if rustic flavour profile.
In liquors, you'd find lavender to be a part of complex, medieval-times concoctions such as Chartreuse (with honey and chamomile). In soft drinks, it is repeatedly paired with lemon, which I find not only redundant, but also ineffective in reducing the bitterness, and definitely particularly counterproductive in eliminating the soap association. Lavender + Lemon make a very nice smelling soap, but not a particularly appetizing beverage. An exception to this phenomenon is Frostbites' Meyer Lemon + Lavender Cordial, which is quite fun, even if not my favourite of theirs.
Lavender is a popular component in flavouring Earl Grey tea - it accentuates the bergamot (after all, they both have linalyl acetate in common). There is also a specialty Lavender Earl Grey with lavender buds and all. I only ever tasted one that was to my liking, at the Empress Hotel in Victoria. All others were painfully bitter, or unpleasantly soapy. Which is also my experience with any and all lavender-flavoured chocolates (whether in bars or truffles). The only exception was my very own, delicately spiced Lavender Milk truffles with lavender Maillette essential oil, and also included lavender and cacao in Cocoa Nymph's owner's signature perfume. Otherwise, to eat a lavender-flavoured chocolate is like being punished for your sins by with force-fed soap. 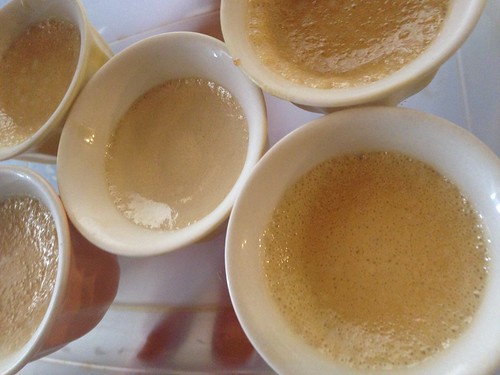 In sweets and desserts, lavender has become a mainstay in our local Gelateria - both as a standalone, and in Earl Grey Tea gelato.  At home, try to make your own lavender ice cream, and experiment with the flavour in créme brûlée, lavender-violet-blueberry cupcakes (a winning combination), shortbread cookies (most recommended of all!) or, even better: Pumpkin Pie with Lavender Orange Shortbread Crust. You can also visit Sacred Mountain Lavender Farm for more lavender recipes.
And, last but not least - my new favourite cake: Apricot, Walnut and Lavender Cake from Yotam Ottolenghi's latest book Plenty More (p. 308). 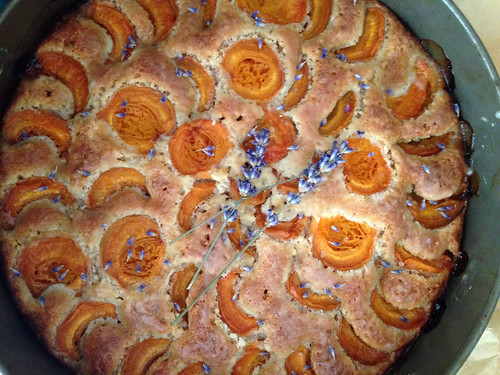