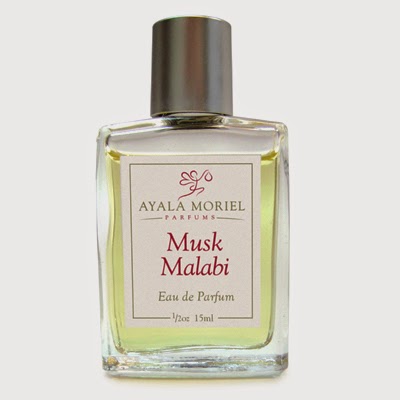 Being on holiday mode these days, and recovering from a major computer crash - I'm a bit late in the game to discover this evening that Musk Malabi has been chosen as Best of 2014 in the lists of several esteemed fragrance blogs:

Perfume Shrine
"A natural composed "musk fragrance" that conveys the note and its feel without using musk from the deer. A tinge of delicious succulence, a milky hint of dessert and rose and you're there. Very pretty!"
EauMG
"It’s a perfume inspired by one of my favorite desserts. It’s a luxurious blend of rose, neroli and botanical musk. If you don’t think natural perfumes are luxurious, then you haven’t sniffed Musk Malabi."
Now Smell This
Providence Perfume Co's Samarinda was the winner. Honourable mention to Musk Malabi alongside Aftelier's Palimpset and Hiram Green's Shangri La. Glad to be in such good company!

It was already released a year ago, so the fact that anyone still remembers it means quite a lot in today's overcrowded fragrance scene. My perfume Narkiss, on the other hand, although just released, and in my humble opinion is a lot more original than Musk Malabi -  hasn't been discovered yet.
Back to the top